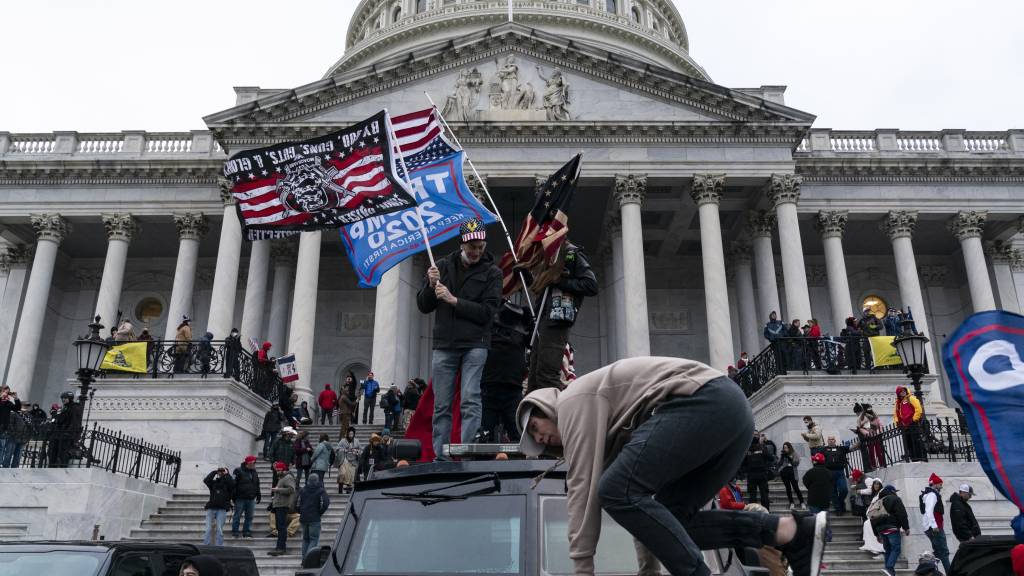 A former police officer has been sentenced to 10 years in prison for his role in the storming of the Washington Capitol. Thomas Webster, 56, attacked a police officer with a metal flag pole. He claimed he did so in self-defence. The court was not convinced and found him guilty of six crimes, including assault.

Prosecutors accused Webster of “attacking democracy” as a former agent. The man is seen as the leader of the crowd who managed to break through a police barrier. Prosecutors said it went like a “medieval battle, where rioters threw improvised projectiles, as well as a one-on-one fight.”

One of his lawyers said former President Trump had a “very big influence” on Webster. His lawyers argued that the man would suffer from PTSD due to his work as a police officer in New York, and thus deserve a lower sentence.

It is the highest sentence issued by a judge so far for the storming of Trump supporters on January 6, 2021. Last month, a Texas man was convicted. Up to seven years in prisonBecause he forcibly helped a crowd enter the parliament building.

Trump said on a radio show yesterday that he is financially supporting a number of Capitol Storm suspects. He also said he was “open” to pardoning some of them once he was re-elected president of the United States. Trump is considering running for president in the 2024 presidential election.

At the beginning of this year, reporters Mariki de Vries and Lucas Wagmeister presented this retrospective of that day:

A year after the storming of the Capitol, our reporters bring you back