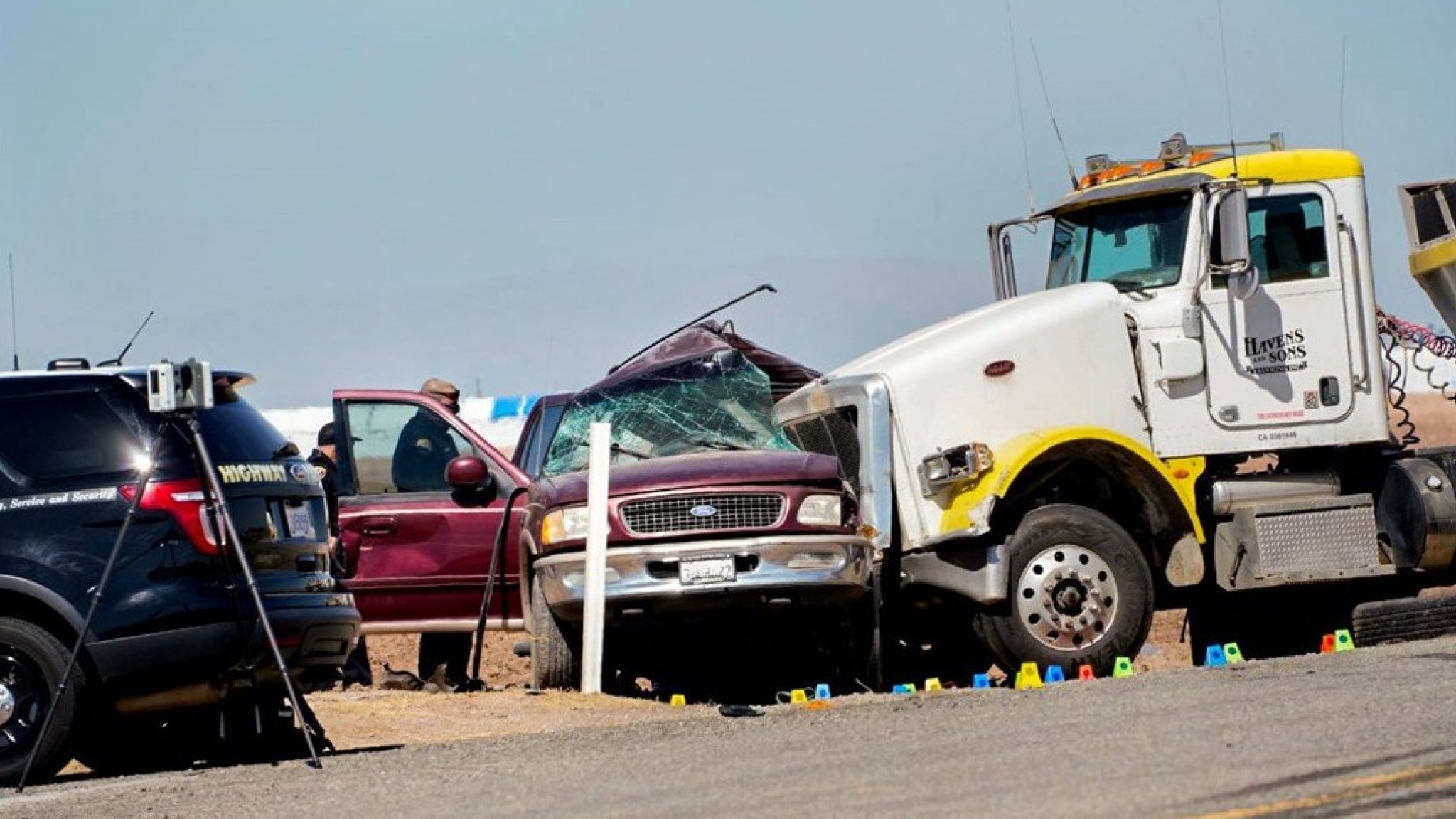 The accident occurred yesterday morning in the US state of California, less than 20 km from the Mexican border. A Ford, with a maximum of eight passengers, collided with a truck.

Police officers on the ground describe a “horrific sight”. People had either been kicked out of the car or were trapped in it.

Initially, there was uncertainty about the number of casualties, but according to police, 13 people died, including the 22-year-old driver. The passengers were between 16 and 55 years old, and many were injured. They were taken to various hospitals in the area. The 69-year-old truck driver was also slightly injured.

“It is too early to speculate on the cause of the accident,” a police spokesman said. “The important thing is that thirteen people have died. We owe it to the relatives’ relatives to conduct a good and thorough investigation first.”

Mexican Foreign Ministry employees are at the scene because at least ten Mexicans are among the dead. Some of the passengers have not yet been identified.