A desperate funeral director is looking for a new building 2,500 euros for a golden tip 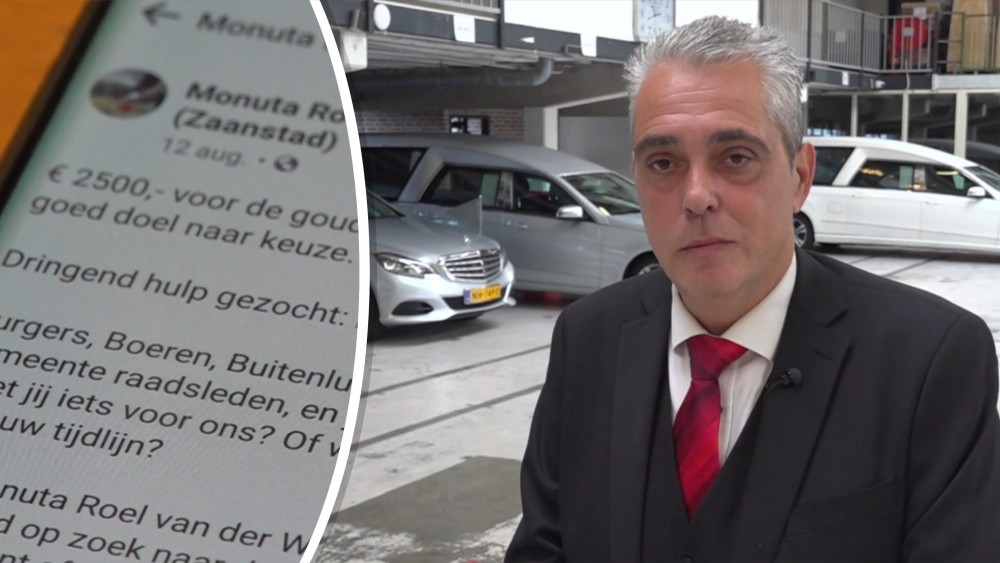 Funeral director Roel van der Veen has been searching for a suitable place for a funeral center in the Zaan region for a year and a half. He is now so desperate that he enlists the help of the public: whoever gives the golden tip can transfer 2,500 euros to the charity of his choice. “We’ve already received a number of responses, but the golden advice has yet to come out.”

Van der Wielen has been in this field for three years, and before that he was a driving instructor. At the moment, he runs the business from a building in a shopping complex in Amsterdam Sloterdijk. “We are very satisfied with the property, but it is located in Amsterdam and my work area is in the Saanne region. We are looking for a location to arrange funerals,” says Van der Wielen.

The funeral director is looking for a funeral home in Zaandam or Ostsan where there is enough parking space. “With two or three rooms we can turn into family rooms and where people can spend 24 hours a day. A care room where we can care for the deceased and a room where the staff can have a cup of coffee. Enough. More space: OK, because then we can use it for the moment of farewell. , which we can use as a ballroom.”

He doesn’t really want to send the Zaankanters to Amsterdam for a funeral, as sometimes happens now. “Even if it’s right after the Coentunnel, it’s still Amsterdam. So we also use other locations in the Zaan area. But you can’t set it up the way you want.”

Two city council members and a real estate agent actually got involved, plus all the hours he had by himself. But it hasn’t worked yet, so he’s hoping for the audience’s reaction. “I don’t know if it will be in the very short term, but that golden point will come.”

People who have tips can email them [email protected].