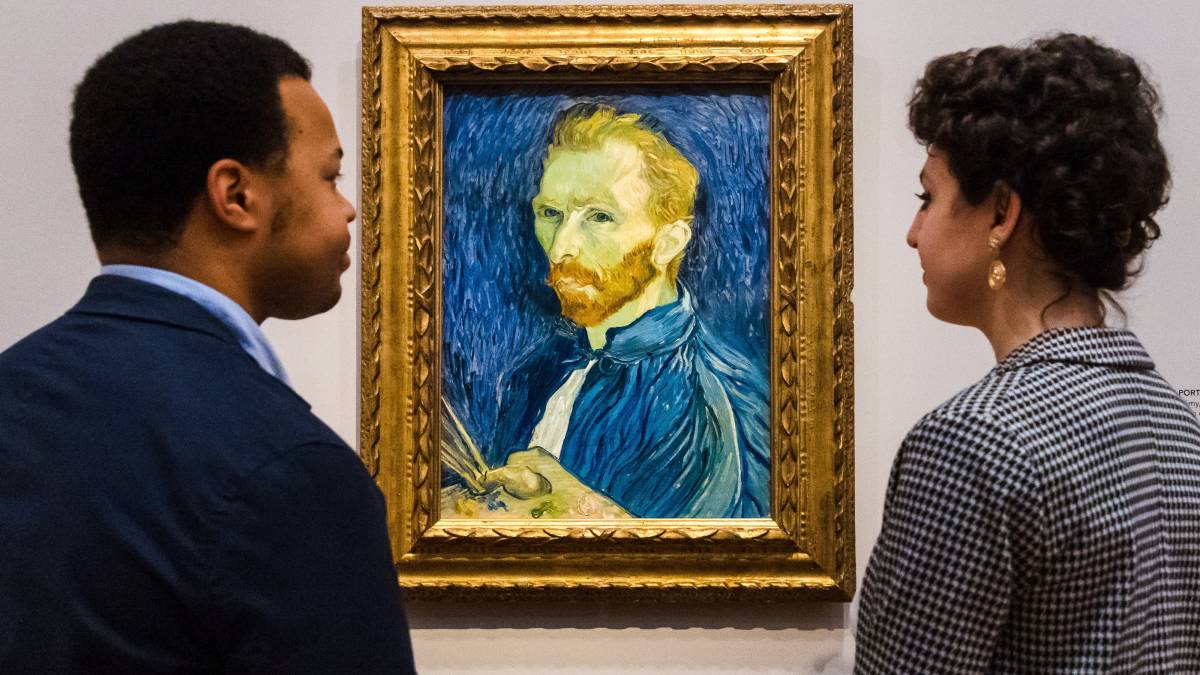 Experts from the Scottish Museum Scotland’s National Galleries Discover (NGS) a new self-portrait of Vincent Van Gogh, NRC . Reports† The image on the back of the panel Peasant head with white hat From 1885 it was found thanks to X-rays.

The picture is hidden under a thick layer of glue and cardboard. The work likely took place in 1887, when Van Gogh was living in Paris. Experts made x-rays during an investigation into the painting of the Peasant Woman of Nuenen.

A BBC journalist posted the X-ray image on Twitter:

The Museum’s Chief Curator, Leslie Stephenson, says: BBC She was “shocked” when she saw the artist “looking at us”. “Obviously we were thrilled when we first saw the photo.” This is not the first time Van Gogh has been shown working on the backs of his paintings. He did it to save money.

Peasant head with white hat It has been part of the Scottish Museum’s collection since 1960. In 1923, Evelyn St Croix Fleming purchased the painting. Her son is best known as the creator of James Bond. In 1951, the piece went to Scotland and was later donated to the NGS, where it remains today.

A layer of glue and cardboard may have been applied to the back of the painting in 1905. This may have occurred in preparation for an exhibition at the Stedelijk Museum in Amsterdam. It looks like the front was complete and the back wasn’t.

Scottish research is in action in preparation for the exhibition Taste of Impressionism† It will now show not only work with the farmer’s wife, but also x-rays, which give a picture of a self-portrait. The exhibition will open in two weeks.

The museum plans to take out the self-portrait after the exhibition. It is unknown how long this will take. “Something like this has to be done very carefully, and we don’t want to put pressure on that,” Amin told the NRC.