A quarter of Dutch people wash raw chicken, which increases the risk of food poisoning 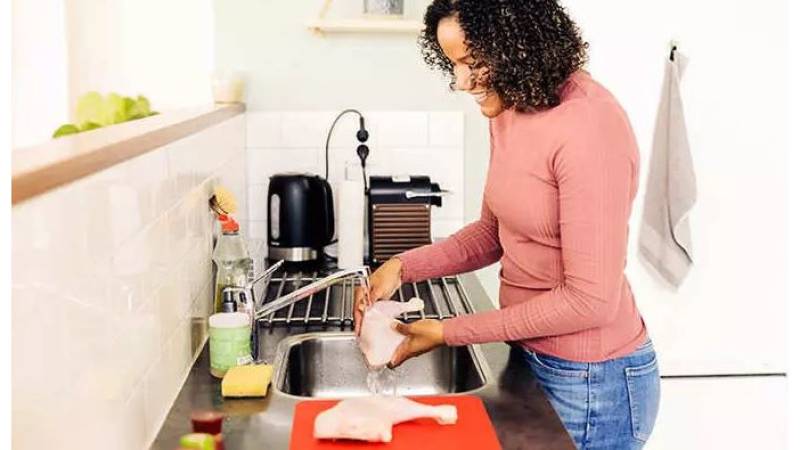 More than a quarter of Dutch people who occasionally eat chicken, wash raw chicken under the tap before preparing. This is evidenced by the research conducted by the Nutrition Center, which points to the health risks of this habit.

Research on this use has already been done in the US and UK, says Wieke van der Vossen, a food safety expert at the Dutch Nutrition Center. “There is no data for the Netherlands. That was the reason for doing the research here as well.”

The Nutrition Center conducted two studies. The first food safety survey with more than 2,000 participants showed that 28 percent of Dutch people occasionally wash raw chicken. Especially the Dutch, between the ages of 56 and 69, do this. Moreover, it appears that these are mostly men and Dutch people of low socioeconomic status.

In the second study, which focused specifically on chicken and with more than 1,000 participants, nearly 25 percent indicated that they often wash the chicken. “What we see is that a lot of people have been given raw chicken wash at home: 42 percent of respondents indicated that,” van der Vossen says.

People wash chicken because they find it more healthy and want to “get rid of bacteria,” the Nutrition Center writes. But doing so increases your risk of food poisoning. Campylobacter and salmonella can be spread through splashes of water and raw chicken juice, for example on the kitchen counter. “So it’s best not to do that,” says the Nutrition Center.

The feeding center gives advice on how to wash chickens more safely, for example by spraying as little as possible, cleaning the counter afterwards and washing your hands thoroughly.

If people still wish to continue to do so, giving advice is more effective, Van der Vossen says of the advice. “This is clear from foreign research where it has only been said: Don’t do it. If people say they like washed chicken better, it is better not to comb their hair by telling them to stop.”