A residential tower collapses in Gaza after an air strike, and Hamas responds with rockets to Tel Aviv 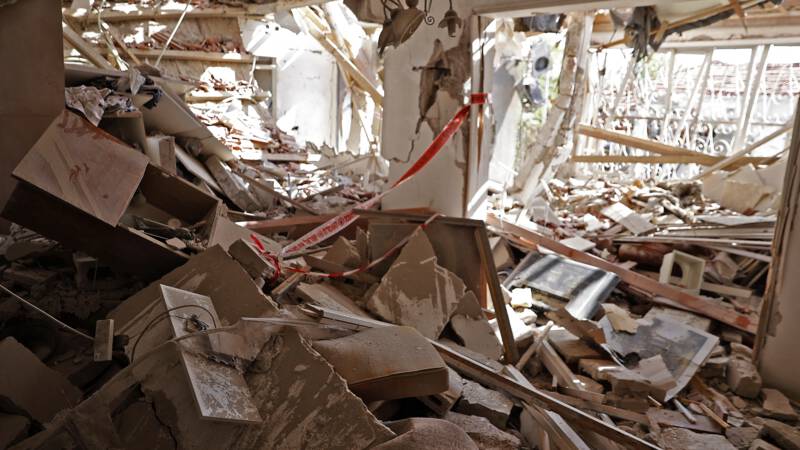 In Gaza, a 13-story apartment building collapsed after an Israeli air strike. It is not known if the victims were involved. In response, Hamas said it fired 130 rockets at Tel Aviv. At least one person was seriously injured in Holon, a suburb of Tel Aviv. Air traffic stopped at Ben Gurion Airport.

In the Israeli city of Ashkelon, north of Gaza, two people were killed earlier today by rockets fired from Gaza. They are the first victims of the Israeli side during the current conflict between Israel and Hamas. It concerns two women that were hit by a missile in their house. They would not have been able to reach their shelters on time.

The Israeli airstrikes on Gaza targeted a residential building in which, according to Israel, a Hamas office. The building collapsed after the bombing. Witnesses said that Israel had warned residents in advance to leave the building.

Hamas said Israeli air strikes had killed 28 people in Gaza since Monday. Among them are nine children. 152 were also injured.

According to Israel, 16 militants have been killed in the air strikes since Monday. The IDF claims that some civilians could have been the victims of failed rocket launches from Gaza itself. The army says it has carried out about 130 air strikes.

Israeli Prime Minister Benjamin Netanyahu pledged earlier today to increase the intensity of air strikes against the sites of Hamas and other extremist groups in the Gaza Strip: “We will deal Hamas with a blow that you did not expect.”

Hamas and Islamic Jihad, the main militant groups in Gaza, said they would continue to fire rockets. A Hamas spokesman has already mentioned Tel Aviv as a possible next target.

The conflict erupted after weeks of tensions in Jerusalem. Hundreds were injured in clashes between Israeli police and Palestinians. The clashes arose first due to restrictions imposed on the freedom of Palestinians during the month of Ramadan in the Old City, and then around the proposed eviction of Palestinian families in East Jerusalem.

Yesterday, tensions escalated to … Between Israel and Hamas. Hamas fired rockets for the first time since 2014 in Jerusalem Israel bombed Gaza with air strikes.