A Scottish university brings back a bronze statue of Nigeria 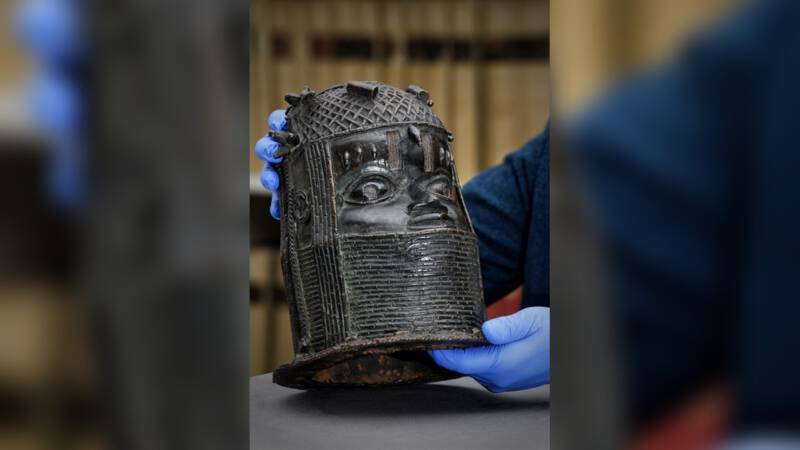 The University of Aberdeen will also return a precious bronze statue to Nigeria. This happens after more than a century of the statue, like many other art treasures, was looted from Nigeria and sold to museums and collectors in the West. The statue is part of the Bronze Treasures of Benin, which are art treasures from the Kingdom of Benin, present-day Nigeria.

Earlier this week, Germany pledged to return a bronze statue of Nigerians. It is the first time that a British institution has returned a looted artwork to Nigeria, occupied by the British in the nineteenth century.

The artworks restored by the University of Aberdeen belong to an ancient ruler of the former Kingdom of Benin. The British University contacted the authorities in Nigeria in 2019 to negotiate the restoration of the statue.

The university bought it in 1957, but it was previously owned by the British. British colonial forces seized thousands of metal castings and sculptures in the Kingdom of Benin in 1897. The palaces of King Auba were plundered and thousands of statues that played an important role in the kingdom’s rituals disappeared.

The head of museums and private collections in Aberdeen said the statue, which was turned back, was “shamelessly looted”. “It’s becoming clear that we have to do something,” said Neil Curtis.

The director of the National Commission of Museums and Antiquities of Nigeria has expressed great pleasure at the statue’s return. Aba Issa Tijani says it is not uncommon for a bronze statue to be exhibited in Nigeria for the first time in more than 120 years. Tijani said, “It is part of our identity, it is part of our heritage that has been stolen from us for many years.”

European and Nigerian museums are currently discussing bringing back the photos. American museums also say they are ready to return it. The intention is to build a new museum in the city of Benin in Nigeria where the photos will be shown again.