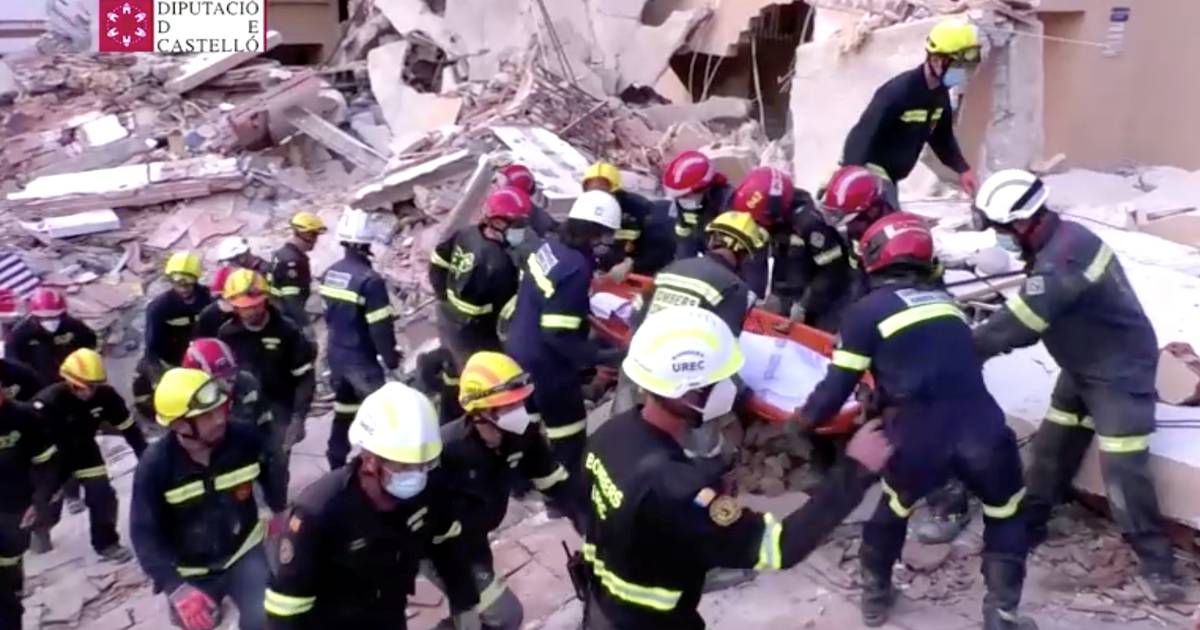 The woman’s 15-year-old stepson was removed from the rubble Thursday morning, and he also did not survive. Part of the apartment complex collapsed around 8 p.m. Wednesday, prompting a massive rescue effort. At least 140 rescue workers searched with dogs under the rubble.

Three people are missing, and a 26-year-old man was rescued overnight from Wednesday to Thursday after emergency services called him after hearing him knocking and screaming from under the rubble.

The building, which was built in the 1990s, partially collapsed for unknown reasons. According to the municipality, there were eight houses and about thirty people lived in them. The mayor of Peniscola, Andres Martinez, said some residents were not at home, spending a summer evening on the Mediterranean coast, according to local media.

At least 55 residents of the building and surrounding buildings had to spend the night elsewhere, and all were taken care of by acquaintances or in hotels. “The solidarity was overwhelming,” Mayor Martinez said.

The previously rescued man was conscious and taken to hospital. Mayor Martinez told Spain’s public media station on Wednesday evening that emergency services called the boy after he heard him knocking and screaming from under the rubble. The firefighters hugged each other when they finally managed to free him.