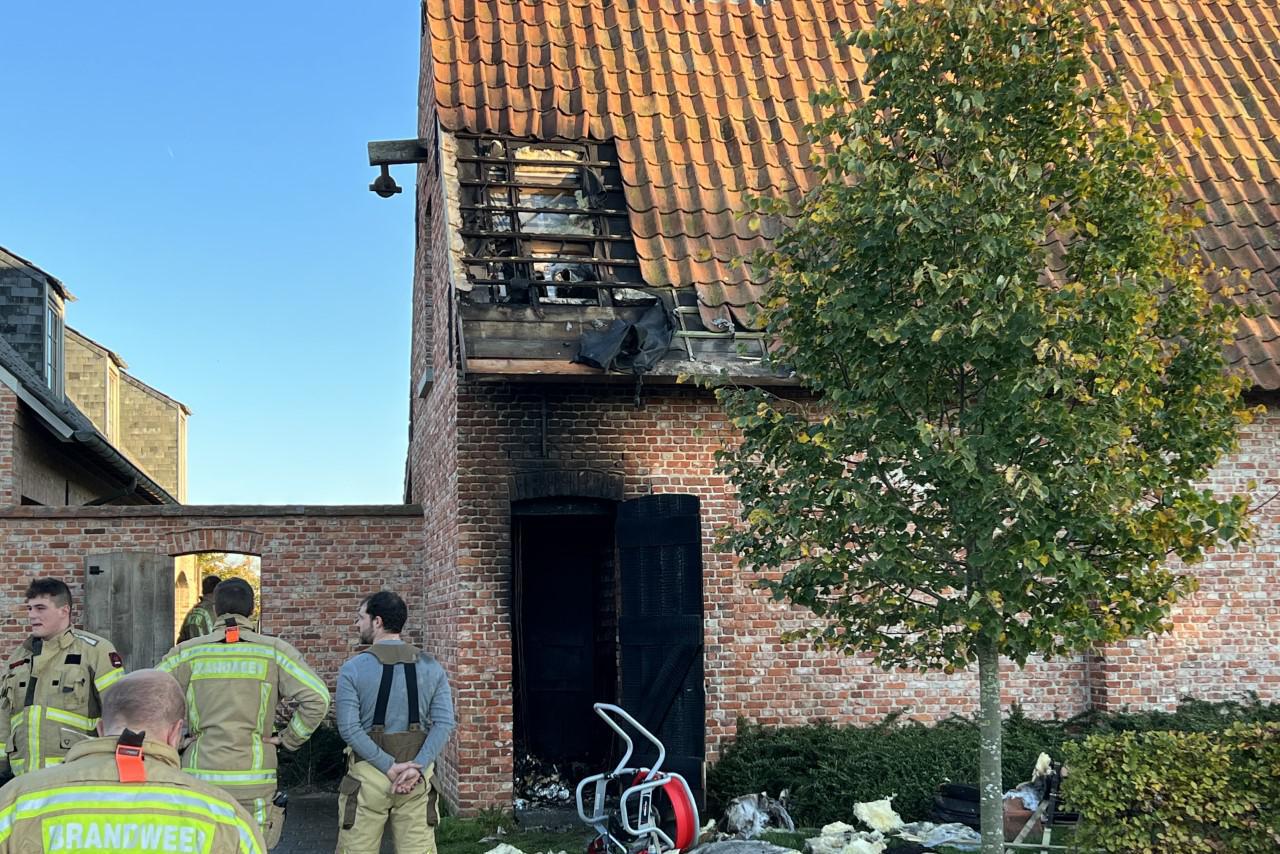 The power went out to Ypres Heerweg on Torhout, the street of the petting zoo, on Sunday afternoon after a heavy fire in the villa’s technical room. That technical room, located in an outbuilding, was completely burnt out.

It was about 2.15pm when the residents of the beautiful villa located on Ypres Heerweg, between Torhout and Kortemark, noticed the fire. It broke out in the technical room located in an outbuilding. The outbuilding is at the front of the domain, close to the actual accommodation. When the residents noticed the flames, it was already a well-developed fire in that room. They immediately called the fire brigade.

The articles and guys from the Torhout and Kortemark posts arrived promptly, as did a car pump from Post Brugge. “When we arrived, a fire broke out in the technical room of the ancillary building,” Major Frank Funksy says. “The counters are in that room, just like the other technical facilities in the house and the grid. The room, one meter in size, was completely burnt out. The wooden entrance door also caught fire.”

We had to remove part of the roof and take the insulation outside. Elsewhere in the outbuilding, used for entertainment, there is soot and smoke damage,” it seems. “We ventilated everything well and then closed the roof again. Because the fire was in front of the meters, a circuit was created and the whole street was without electricity.” This is why the utility company Fluvius also appeared on the scene. About 200 homes also had problems with the Internet connection.

Because of the duration of the intervention, Mayor Christoph Odenart (CD&V) also came to take a look. Ypres Heerweg has been closed to all traffic for a long time.