After ten years of protests, the repression has escalated. 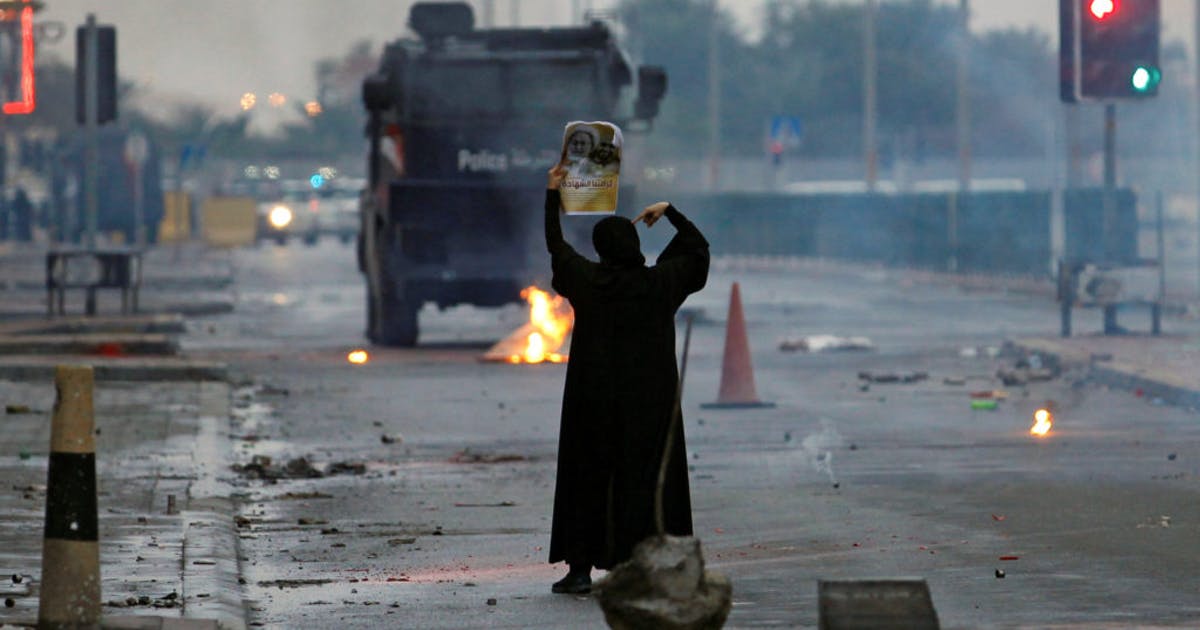 Ten years after the revolution of the people of Bahrain, persecution has increased in the small Gulf state. Dissident persons, human rights defenders, clerics and an independent civil society are being severely suppressed. There is no room for the peaceful expression of your opinion or political activity.

The massive protests that erupted in 2011 were sparked by growing discontent with the authoritarian regime and the cronyism of government job-sharing. The government also refuses to respond to torture and arbitrary detention. In addition, the government is ignoring key recommendations of the Bahrain Independent Commission of Inquiry (BICI), an independent commission commissioned by the king in response to international concerns following the suppression of the 2011 protests.

It just gets worse

Since 2011, the structural changes in Bahrain have been getting worse. Opposition parties were banned, the only independent news outlet was shut down, and new laws that made room for political participation abolished. Lynn Maalouf of Amnesty International said that protest leaders in 2011 are being held in appalling prison conditions and human rights, including the right to freedom of expression, are routinely violated. Bahrain has destroyed the hopes and expectations raised by the mass protests 10 years ago. It responded with brutal suppression. This was facilitated by the shameful silence of Bahrain’s Western allies, especially the United Kingdom and the United States.

Partly inspired by the uprisings in Tunisia and Egypt, which began on February 14, 2011, tens of thousands of Bahraini citizens gathered at the Pearl Roundabout in the financial district of Manama. Protesters had been camping there for several weeks. The Bahraini government requested the assistance of a Saudi-led intervention force from neighboring countries to end the protest. The Bahrain Independent Commission of Inquiry report found that between February and April 2011, at least 19 people were killed by the authorities. Eight of them were killed as a result of excessive use of force by the security forces and five others as a result of torture. Thousands of people were arrested, including protest leaders and opposition members who remain imprisoned after grossly unfair trials.

See also  Empty Stage Director: I would have imagined this differently

The government does not adopt the recommendations

The November 2011 BICI report makes recommendations. Promptly investigate all allegations of assault by independent forensic experts, placing the burden of proof on the state to demonstrate compliance with the law. The National Security Intelligence Agency should stop interfering with domestic law enforcement. The Bahrain Independent Commission of Inquiry also recommends loosening censorship and allowing political opposition access to state-controlled media. But 10 years later, none of these recommendations have been implemented by the Bahraini authorities, in violation of their obligations under international human rights law.

Bahrain’s treatment of critics since 2011 is illustrated by that of Sheikh Ali Salman, head of the now-banned Al-Wefaq Party, the largest legal opposition party. He was imprisoned for the first time in 2014 for critical political speech. In 2016, his sentence was doubled and in 2018 he was sentenced to life in prison for participating in mediation efforts during the uprising. Bahraini authorities accused Ali Salman of “spying” for Qatar. The mediation efforts, in which the government of Bahrain participated, was a Qatari initiative.

The second major opposition party, the non-sectarian Waad, was also banned, and its former leader, Ibrahim Sharif, spent five years in prison for supporting the 2011 protests.

The Pearl Roundabout, which became a symbol of hope for reform, was leveled and paved in February 2011, after the uprising was crushed in March 2011.

See also  Through his well-known taste, Vincent Ike showed that science is uncertainty, research, and guesswork

Amnesty International urges the Bahraini authorities to fully and effectively implement the recommendations contained in the report of the Bahrain Independent Commission of Inquiry. The organization also calls for the immediate and unconditional release of anyone imprisoned alone for peacefully exercising his human rights, and for the charges against him to be dropped.

Read more about The situation of human rights in Bahrain.