Aid worker consoles a refugee near Ceuta: ‘a symbol of hope’ 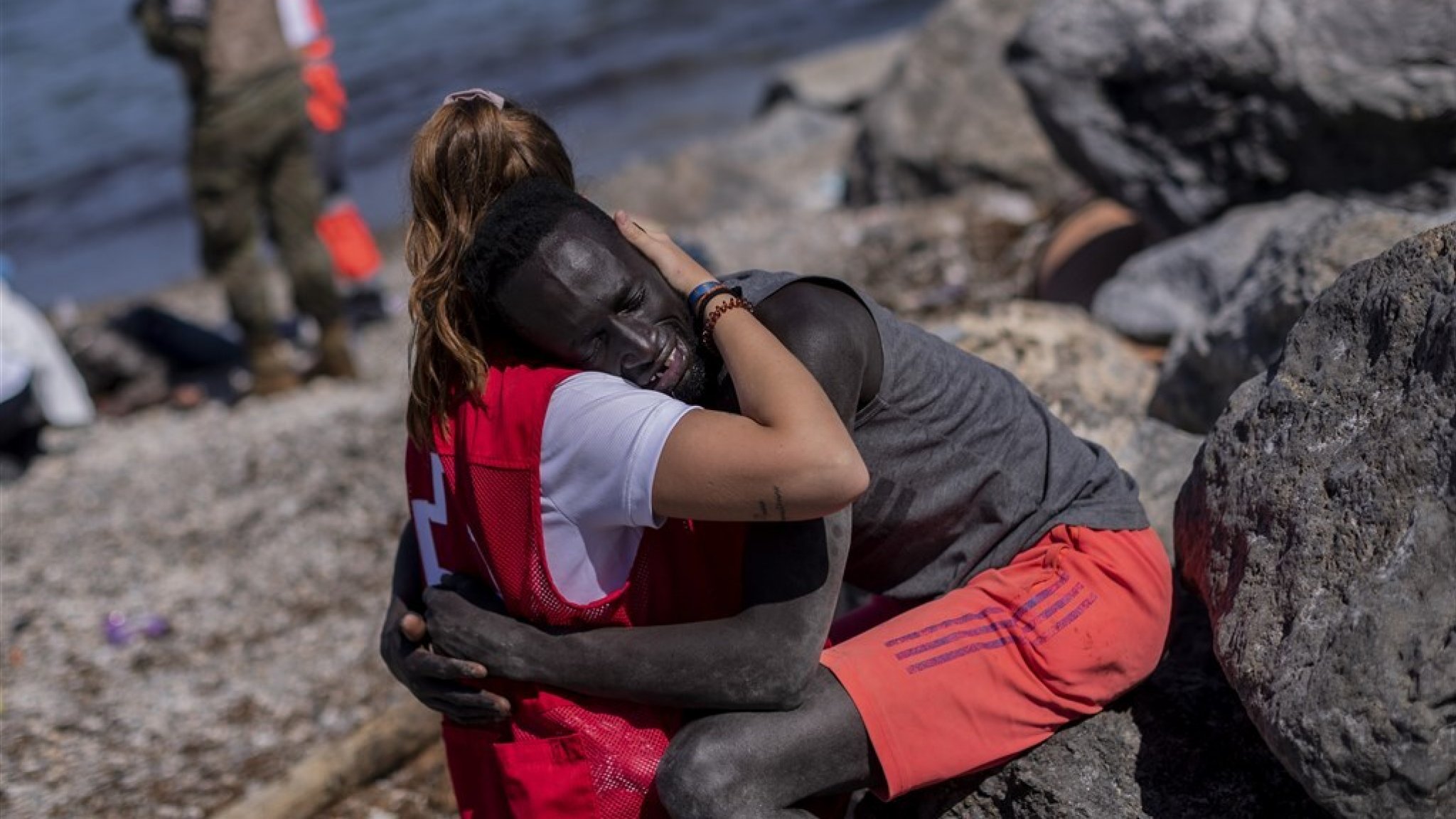 “He cried, reached out and then hugged me,” Reyes told the Spanish television station. RTVE. “He was holding me. This embrace was his lifeblood.” The Red Cross shared a photo in which Reyes relaxes the man. “We are an organization that daily helps people who arrive in Ceuta,” the report said.

The Senegalese is one of thousands of refugees who came to the Spanish enclave near Morocco last week. Moroccan authorities reportedly suddenly relaxed border security measures at the start of this week. About 8,000 people managed to swim or take a boat to enter the extremely secure Spanish enclave. And 6,500 migrants have already been returned to Morocco.

Soon, the picture of Reyes’s hug went viral on social media. Reyes had to protect her private accounts because she received one hate letter after another. “People saw my friend is black and said the most horrible racist things.”

A member of the Spanish city council of Madrid responded. “We will not allow hatred to triumph,” wrote Rita Meister on Twitter. “Those of us who see this embrace as a symbol of the best of our country are with more than others.”

Several messages labeled “Thank you Luna” are now appearing to encourage Reyes. “It is much more than an image. It is a symbol of hope and solidarity,” said Labor Minister Yolanda Diaz.

Reyes has yet to respond to the support campaigns. She told local reporters that she especially needs to recover from the photos of the thousands of migrants who arrived in Ceuta last week. “We were not prepared for that at all.”