Albert Heine apologizes for broccoli ad: ‘it was meant to be a wink’ 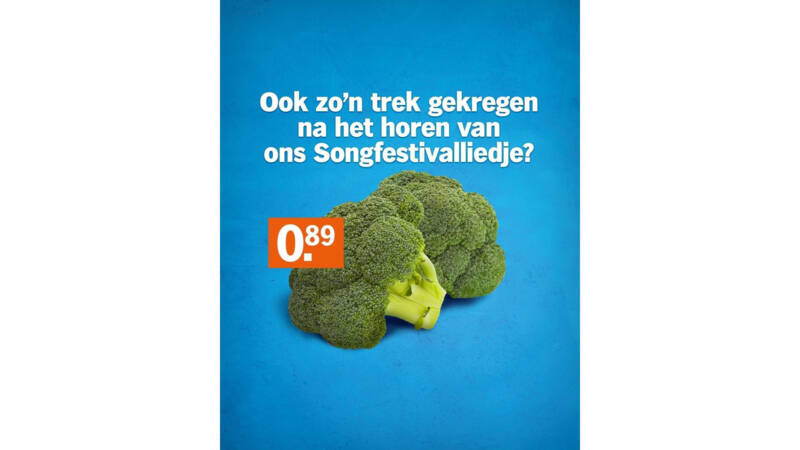 Albert Heine has apologized for an ad responding to the “broccoli hype” about the Dutch Eurovision song. The supermarket chain said in response: “The intention was never to offend anyone.” M.

Last week, there was an uproar within the Dutch Suriname community about the ad, which referred with a joke from broccoli to the Surinamese phrase “Yu no man broko mi” in the song. The birth of a new era From singer Jeangu Macrooy.

To many Dutch, the phrase in Sranan Tongo “Yu no man broko mi” sounds like “just do broccoli.” The literal meaning of the Surinamese proverb is: “No one can break me,” which refers to the era of slavery.

The era of slavery

According to Mitchell Isagas, chairman of The Black Archives, the supermarket chain is jokingly ignoring the meaning of the song. “It is a pity that a company like Albert Heijn is joking about something important in Suriname culture out of commercial interests,” he told NOS.

Sranan Tongo originated in the early colonization of Suriname as a means of communication between African peoples. As the Netherlands began to attach increasing importance to the outer territories, the Dutch language became dominant and Sranantongo was banned.

“Seran has been banned for a long time,” said Issagas. “The song and the video have a certain cultural significance and so it is very nice to have room for that on the stage of the Eurovision Song Contest.”

Albert Heigen apologizes and has since removed the post from all channels. “Albert Haagen tends to respond to current events quite often. We saw that something different was heard in this song than it was intended (” Mama’s Apple Juice “) responded with a wink, the chain told AD.

Born in Suriname, Django McCroy will be in the Eurovision Song Contest Final in Ahoy on Saturday May 22nd. Macroe wrote the song first Grow For the Dutch entry, but when the show was canceled due to the pandemic last year, he made a new song: The birth of a new era.