All votes have been counted, but allegations of fraud delay election results in Peru 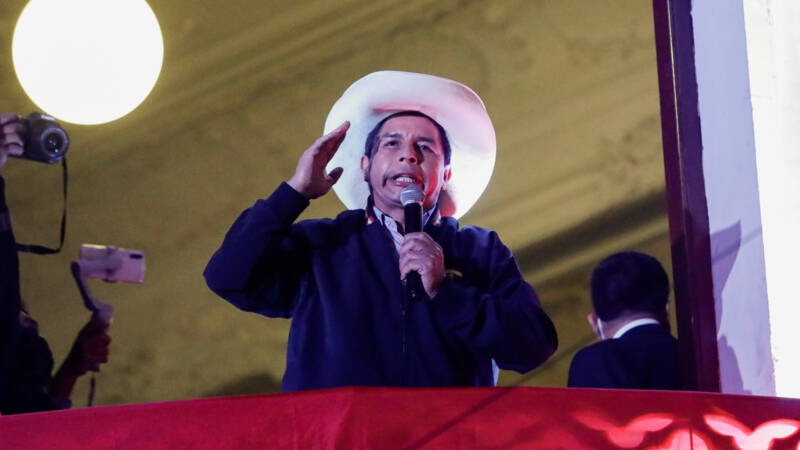 So the words peace and stability have been heard over and over again in the election campaigns, but for now, it seems that little of it has come of it. Analysts say the elections and the haggling over the outcome underscore divisions that already exist.

Pedro Castillo is a former elementary school teacher with no political experience. His supporters live mainly in the countryside, in small villages in the Andes where there is a lot of poverty. Keiko Fujimori, the daughter of former President Albert Fujimori who is imprisoned for embezzlement of millions of dollars, has many supporters in the urban middle-class and elite.

Fujimori herself is also involved in a corruption case for which she faces thirty years in prison, and has already been in custody for thirteen months. She is now challenging the 500,000 votes cast in rural areas. This angered Castillo and his supporters. If she becomes president, she will be protected from prosecution during her five-year term.

Castillo wants to spend 10 percent of GDP on education. Now it is 3.5 percent. He also wants to strike new tax agreements with mining companies. Peru is one of the world’s largest copper producers, but the general public sees very little of it, Castillo says.

Opponents fear higher taxes will hurt the economy and paint the specter of Cuba and Venezuela if Castillo comes to power. However, his moderate economic adviser, Pedro Frank, said Castillo had no intention of nationalizing businesses.

It seems unlikely that Fujimori would be named president after all. Independent observers from the Organization of American States (OAS) said they found no “serious irregularities” during the election. However, the OAS remains hesitant: “The winners of the nominees should not be announced until all challenges have been resolved.”