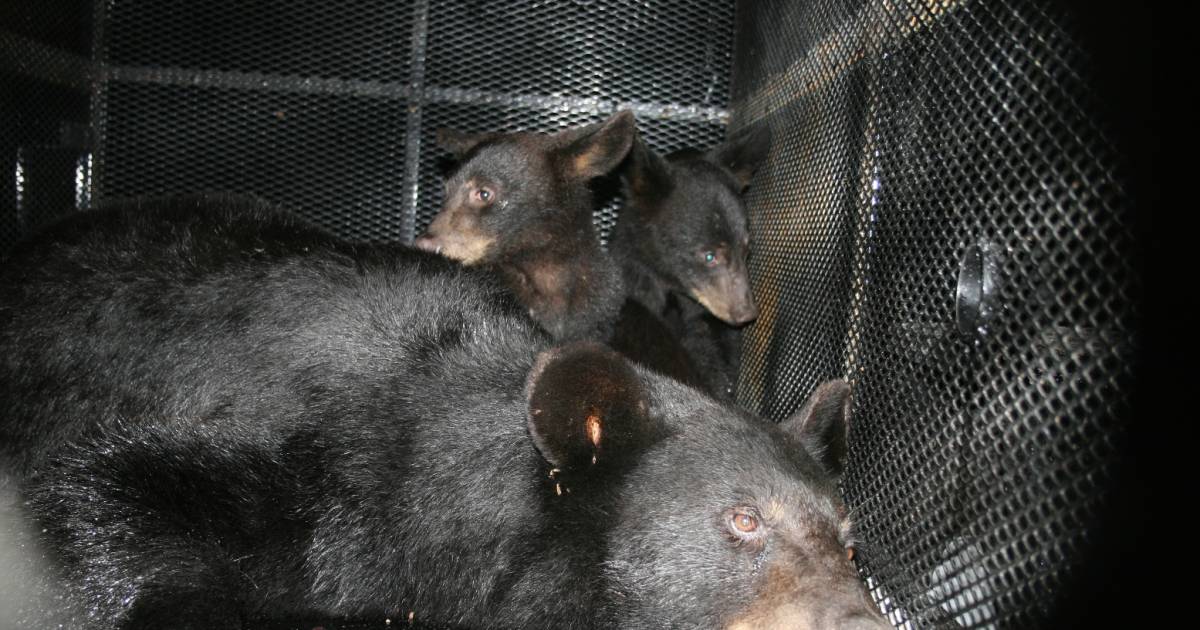 An American family discovered a black bear and its four cubs, about one year old, under their home in the US state of California. The animals were holed up there in the winter to hibernate. Residents had been hearing “snoring sounds” for several months and could not tell where they came from.

The tenants of a home in Lake Tahoe, California, had no idea what they were dealing with. They asked their neighbors if they were suffering from noise pollution, but they were not bothered by it. The family decided to call in reinforcements and called an organization dedicated to the safety of bear groups in the area. Animal protection officers found the bears in a crawl space under the house.

The text continues below.

According to Ann Bryant, president of the BEAR League, the bears have been hiding under the house since December. The animals are said to hibernate in the crawl space. “The sounds residents heard were likely bears snoring and rolling,” Bryant said. “Bears don’t go into hibernation, but they are in a lighter state than hibernation.”

Animal rescuers managed to chase the mother bear from the crawl space. Then her cubs came out one by one from under the house. “Residents had no idea that so many bears were hiding under the house,” Bryant says. The animals did not cause any damage to the house, which is very exceptional.

In the end, the BEAR League transported the five bears safely to a nearby forest.

In California, especially the Lake Tahoe region, bears regularly invade homes. Last year, for example, a woman was attacked by a black bear after it crept into her home. In addition, ‘Hank the Tank’, a bear weighing at least 226 kilograms, along with other black bears, is known to raid homes in the neighbourhood.