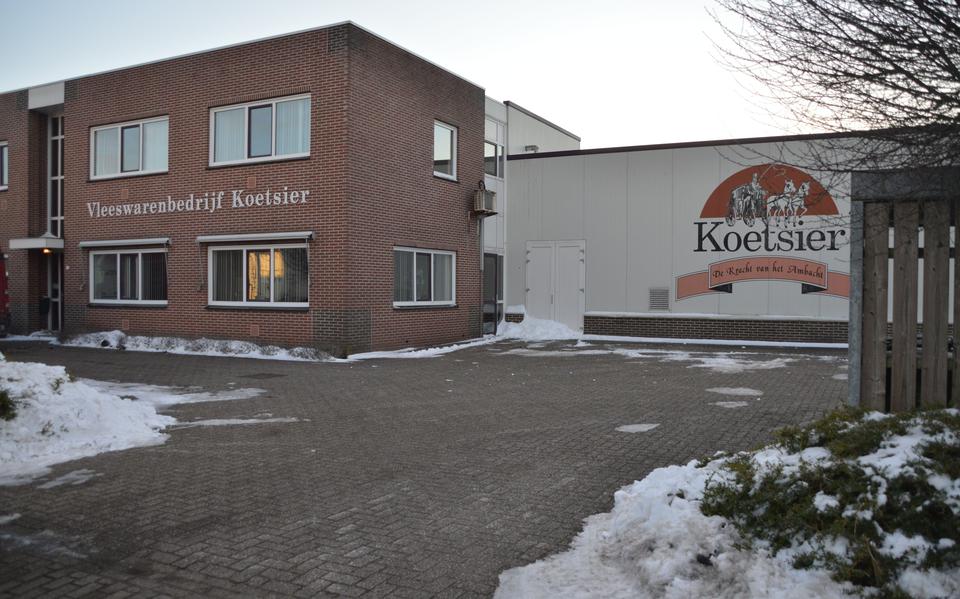 The empty Koetsier Vleeswaren factory at Hoge Akkers in Ruinerwold has been converted. Bouter Group operates olive processing facilities for supermarkets in Albert Heijn and Delhaize.

The new factory provides job opportunities for 40 to 60 full-time employees and should start operating from mid-April.

The Bouter Group is part of Royal A-ware, which is known for the growing number of dairy farmers who supply this company with milk. “We started producing tapas for Albert Heijn seven years ago in Woerden and it took off,” says Jos Wissink, Director of the Bouter Group, at the canteen of the old Koetsier building.

The new sites succeeded each other in quick succession. “We moved to a building in Almere in 2016; that was great at the time as only half of it was used in the beginning. But we kept growing and asked Albert Heine if we could also make fish tapas. We got a location in Volendam, a former building for a company. Puul, the biggest shrimp producer in the Netherlands. Then Delhaize became our client as well, ”Wissink tells the success story. Since 2020, the Bouter Group has also been processing olives for Albert Heijn, when Delhaize was added, the current location in Volendam became very small. And here begins the story of Reinwald.

Wissink actually saw that there wasn’t enough space in Volendam to prepare all those olives for consumption. “At the end of last year, we decided to process all of our olives in a separate location. We ended up with Bert Koetsier through a friend’s machine supplier.”

Not surprisingly at all she became a Ruinerwold. “We have mainly Greek olives and they come to a large distribution center in Meppel. As for transportation costs, it does not matter whether we will work in Ruinerwold or in Zeewolde for example. Finding good employees is more difficult in that area, for example, it works A lot of people live far away in Volendam. It is also difficult to find a place to live. ”

It’s now up to Wissink to find out which current employees want to move to Ruinerwold for work. “Some have already reported, they are now heading in the neighborhood. Bert Cutser is also very helpful with this. I’ve also had job interviews with people from Ruinerwold herself.”

The current building is undergoing extensive internal renovations, all of the separating walls have been removed and one large space created. “Our contractor is busy, he knows exactly how to fulfill all hygiene requirements, but he is hiring all kinds of subcontractors from this area.” The olives will be sweetened in the large hall that will be created. It is rinsed in barrels and a marinade is made in it. According to the director, this is a very difficult process.

90 percent of it relates to Greek olives. There is significant growth in this sector due in part to the Coronavirus, ”explains Wissink, the increased consumption.“ An estimated 100 barrels of olives per day are processed in the factory, ”he gives an indication of the quantities.

Royal A-ware produces cheese, cream and fresh dairy products and has been doing so under that name since 2010. It was Peter Pawter who started the cheese business 125 years ago, thus laying the foundation for a thriving business. In 2010, Bouter and Anker Kaas united to create A-ware food group. In 2014, a “royal” label might be applied to this itself. It was seen as a reward for the hard work of the Bouter and Anker families, of course with all of the staff who have worked there over the years. Jos Wissink excitedly concludes, “Starting in mid-April we will go wild in Ruinerwold.”

See also  The shirt turns sweat and movement into electricity