And the winner of the art competition is… artificial intelligence 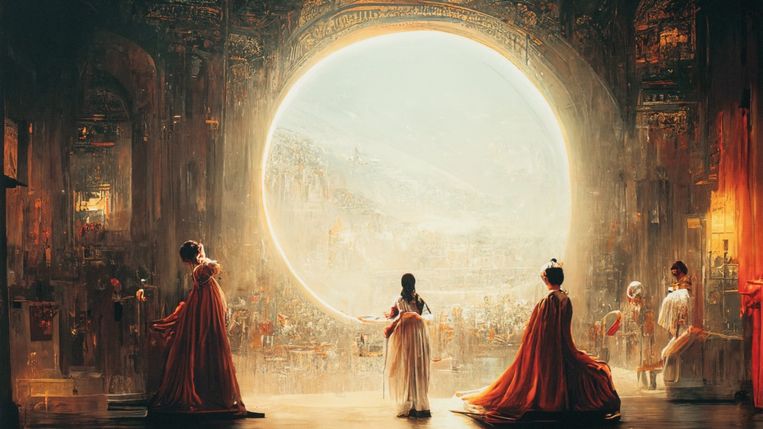 On the gleaming floor of the chapel-like space are several figures seen from behind and dressed in white and red robes. There is a large circular hole in the wall that overlooks a mysterious landscape. The artwork, because that’s what it is, is done in a realistic magic style in warm colors.

There is something special about this business called D’opera Spatial Theatrewhich won the grand prize in an American art competition this year. The innovator, Jason Allen, never touched a brush or a pencil, nor did he squeeze a tube. The winning entry is generated entirely by artificial intelligence (AI). Allen used Midjourney software for this, which can produce new artwork based on text commands. Allen supposedly introduced such components as “details, palace, traditional Chinese clothing, monks, robes”.

The fact that this work won in the digital category created a sensation. The jury, apparently unfamiliar with the name Midjourney, did not realize the AI ​​was the creator. However, it is very easy to see. The panel has typical AI flaws in the details. Look at the figure on the right in the red dress: does she even have a head? And these vaults are also meaningless, while the edges of the circular opening are strangely fluid. Is that bad? No. But a separate “artificial intelligence” category in art competitions is a good idea.

Explanation: Laurens Vreekamp, ​​author of The Art of AI and machine learning expert.