And what if the new James Bond came from Spain? 12x contenders! 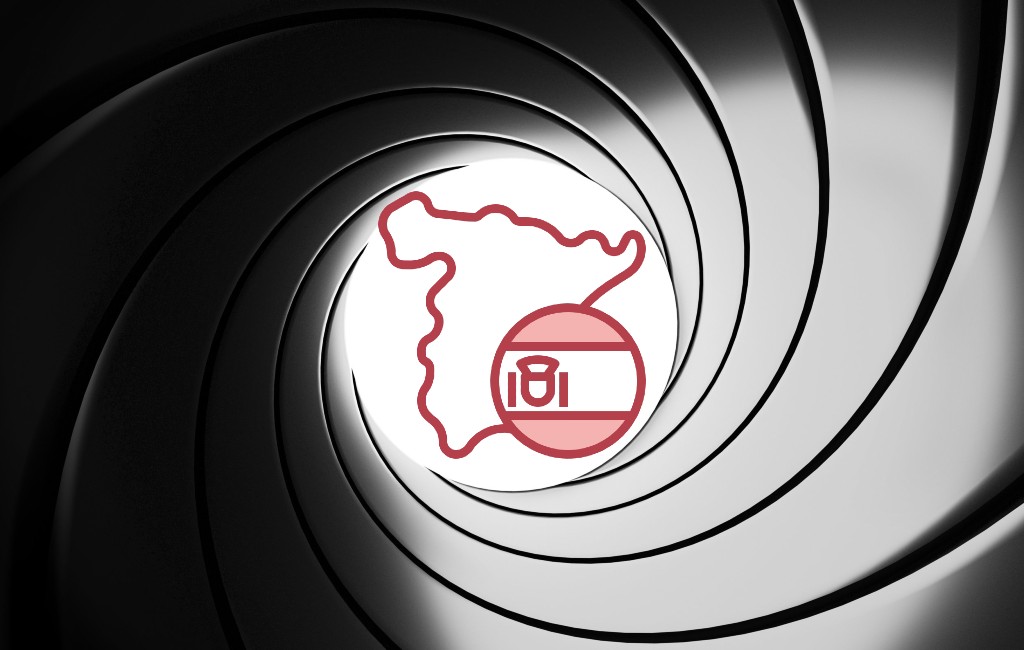 MADRID – Daniel Craig surprisingly said goodbye to 007 in 2021 in the 25th James Bond film, and the search for a replacement has already begun. The ending of “No Time to Die” is open so there could be a male, female, of African roots, gender neutral or… James Bond speaking Spanish. Suppose the producers chose “espia español” and “cero cero siete” who could they be?

The chance is of course very small but who knows, if the new James Bond might be a woman or James Bond of African descent, why not James (or Juan) Bond from Spain? Spanish is a global language and Spanish language series and movies are very popular thanks to Netflix and others.

Below we are listing several famous Spanish actors who could turn out 007 just like that (again, chances are slim). We’ll pass Antonio Banderas (because of his age), Javier Bardem (formerly a Bond villain), and Santiago Segura (better known as Police Officer Torrente).

Born in 1986 in Galicia. This actor has now played roles in 15 films and 6 series, some of which can also be watched on Netflix. It is not known how good his English is but it is known that he is on the list of 15 famous and handsome Spanish actors.

Born in 1993 in Cadiz. They sometimes call him Spaniard Paul Newman because of his appearance. Netflix viewers may know him because of the Spanish series Mar de plástico and the movie La isla mínima. The disadvantage of Jesus Castro (My name is Castro, Jesus Castro) is that he does not have the blue eyes of James Bond.

He was born in 1982 in Castellón de la Plana. Known in many Netflix series and movies like ‘Sense8’, ‘Narcos’ and ‘Sky Rojo’ he is definitely handsome enough to play James Bond in Spanish style. He speaks good English which is a plus for a British spy, right?

He was born in 1978 in Tossa de Mar. Andres once had a real (almost) real Bond girl as a girlfriend, Kylie Minogue, but now he’s better known for his modeling work and a lot less for his acting (which isn’t very good).

Born in 1984 in Cuba. Well, it’s not technically Spanish but it shouldn’t be missing on this list. James Bond often visited Cuba, so this would be familiar territory for Robin. Robin is better known as a model for Jean Paul Gaultier, Jaguar, and Roberto Ferrino, among others, than an actor… which may be a downside.

He was born in 1980 in Madrid. This actor is known for many Spanish series that are not seen outside the borders of Spain, but he also played roles in the movie “X-Men” and this is not strange. So he’s known as a superhero, but would he also be a good James Bond? Anyway, at the age of 15 he studied English in the UK.

Born in 1991 in Madrid. He is known for his roles in Spanish soap operas and television films but with little international experience. However, because of his looks, Juan Bond can be good. However, some Netflix viewers may recognize him for his roles in “Velvet”, “Paquita Salas”, “Velvet Colección”, “Valeria” and “La Cocinera de Castamar”.

Born in 1986 in Goebuzcoa. Yoon may be known to some readers for his roles in Spanish series that can be found on Netflix such as “Gran Reserva” and “Gran Hotel”. He even won an international award in New York.

Born in 1981 in Barcelona. This Spanish actor can often be seen on Netflix, so a large international audience will know him from El Vecino (the neighbour) where he already plays the role of a superhero, Te quiero imbecil or Primos. However, he’s a stuttering actor who isn’t as confident as Daniel Craig as we say.

He was born in 1980 in Malaga. If James Bond producers are looking for a comic version of 007, then Dani Rovera is the place for them. This actor is very popular in Spain and is known as a comedian or presenter, but he can also act in serious films. Would he fit like James Bond…. I have no idea, but the comedy part is good.

Recently it became known that the producers of James Bond films believe that the English spy should not be too young. Well, it’s possible, Spain also has some older James Bond candidates like 53-year-old Javier Bardem. The problem with this actor is that exactly ten years ago in 2012, he was also the villain in the movie “Skyfall”.

Who does not know this “Zorro” actor. World-renowned and highly experienced with roles in dozens of Hollywood films. 62-year-old Banderas may be too old for a James Bond saga, but at least he’s a familiar face. And that can also work against him, it’s very easy to compare James Bond to “Zorro”, “Evita” or “Spy Kids”.