Andrejs, owner of the garage, proudly shows his work after more than two weeks of forced closure 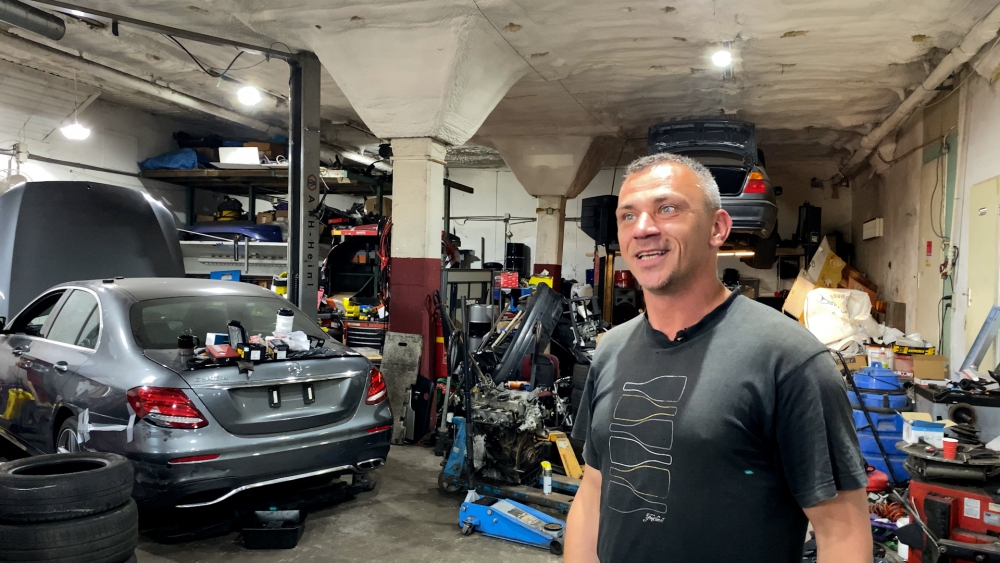 Garage owner Andrejs Vinovskis was finally allowed to return to his workplace after two and a half weeks. The building at the rear of the Nieuw-Mathenesserstraat was closed by the municipality during this period.

During the inspection, the inspectors, among others, were said to have fallen ill and found the building unsafe. With open arms, Andrejs invited SCHIE to take a look and we meet a visibly happy man. “I have nothing to hide.”

His regular customers come and go, sometimes for repair, sometimes for a cup of coffee. But Andrejs doesn’t have much time to talk. He is busy, because now he has to make up for much of his work that has stopped. “I feel like I work 24 hours, sometimes 25 hours a day.”

Andrejs explains the kind of work he does and also what he considers the satisfaction issues that the inspectors found a week and a half ago. Andrejs uses the space behind the garage as storage. There we also see the well with groundwater, which the inspectors assessed as a pathogenic chemical liquid.

The place doesn’t look very fresh, but it’s not chemically dangerous. “Be careful, because there are mice here,” Andrejs said as he led the SCHIE editorial team through the storage room. The space is characterized by a sand mound and jerrycans whose contents are unknown. “He was really here when I took over,” Andrejs says.

With the reopening, the battle between the municipality and Andrejs is far from over. The municipality of Schiedam will make a list of the adjustments that Andre has to make. “I’ll do it well,” Andrigs says.

See also  The municipality consults residents: What about the open spaces in the eastern Davel region? (duffle)

Andrejs leaves posters indicating that the building is closed by order of the mayor. “I will put one on top. There have been regular burglaries in the past, so who knows, it might deter thieves.”