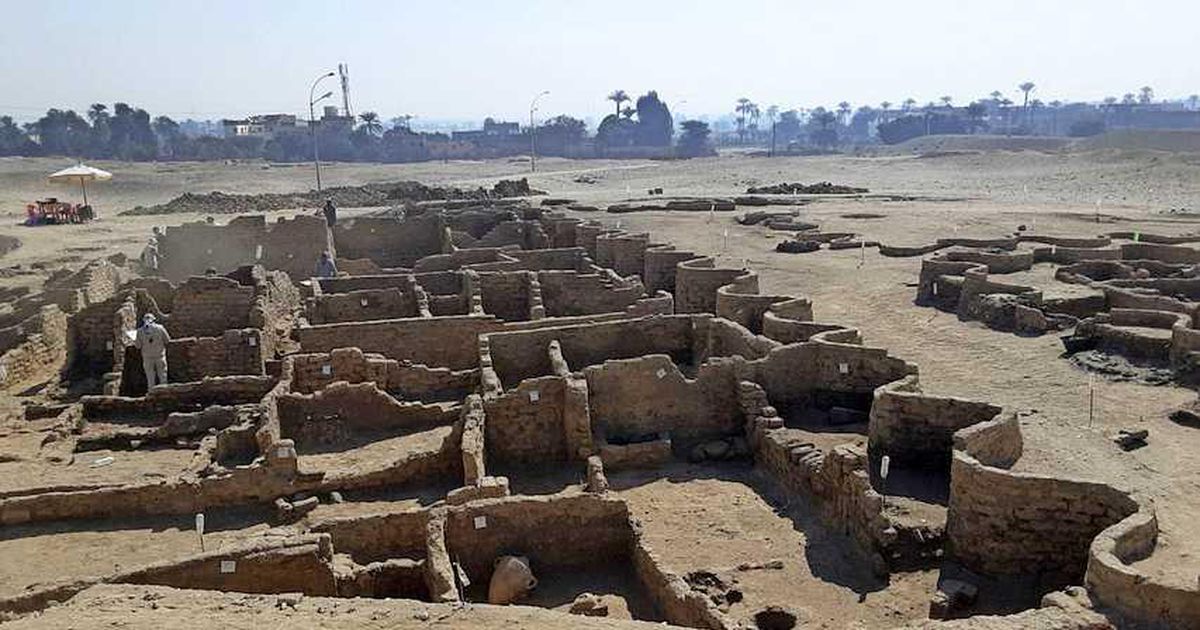 Archaeologists began excavations in September 2020 searching for a funerary temple near Luxor, Reuters reported. Egyptian archaeologist Zahi Hawass said in a statement that after a few weeks, they found brick structures with walls and almost complete rooms. The city was built during the reign of Amenhotep III, one of the most powerful pharaohs in Egypt.

They excavated the well-preserved city with walls and nearly complete rooms filled with tools, furnaces for making glass and pottery, the remains of thousands of statues, jewelry, scarabs, colored pottery and stones. “Some of the walls are up to ten feet high,” Hawass said.

The excavations are located in the west bank of Luxor, near the statues of Memnon, the Ramesseum, and the mortuary temple of King Ramses II.

“This is a very important discovery,” Peter Lacovara, director of the US-based Antiquities and Ancient Egyptian Heritage Fund, told Reuters. The discovery of the city is compared to other famous fossils. “It’s a city like Pompeii,” said Lacovara. “The lost city is the second most important archaeological discovery since the tomb of Tutankhamun,” said Egyptian expert Betsy Brian from Johns Hopkins University in the United States.

The discovery, according to Akovara, is “a very important discovery,” as it provides an insight into what life was like during the reign of the great Pharaoh Amenhotep III.