Assaulted for hugging a migrant (video) 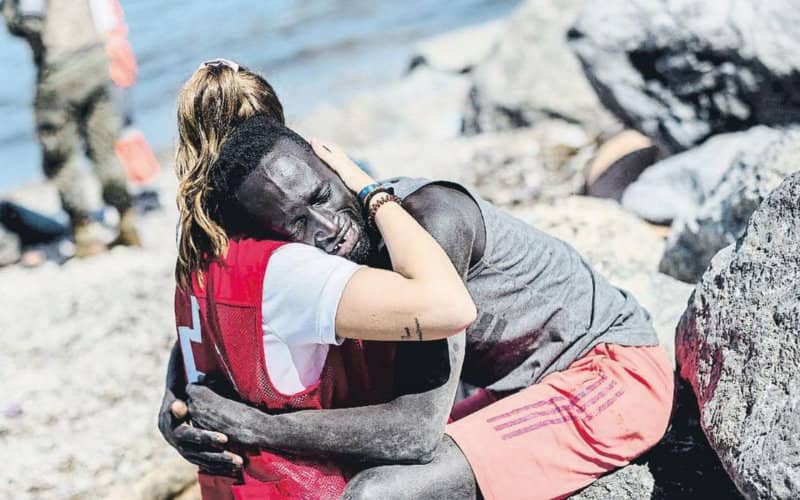 Using the hashtag #GraciasLuna “Thank you Luna”, people are encouraging a volunteer from the Spanish Red Cross via social media. The 20-year-old Spanish woman was the victim of a widespread insulting campaign to appease a Senegalese immigrant who had just arrived in Ceuta.

Her name is Luna Reyes. A young rescue worker is a volunteer with the Spanish Red Cross. She was pictured comforting a migrant who had just arrived in the jeep. Soon after the photo went viral, she had to make her social media private as she was harassed by supporters of Spain’s far-right Vox party and others opposed to the migrants’ arrival in Ceuta.

Reyes herself is not particularly fond of what she has done and describes pleasing someone in need as “the most natural thing you can do”. She does not know the man’s name, but she saw that he was tired and gave him some water. She said, “He cried, reached out and hugged me.” “He clung to me. That hug was a lifeline.”

Luna Reyes testifies to Spanish TV channel RTVE: “They saw that my partner was black, and they kept insulting me and telling me horrible and racist things.” On social networks, the hashtag #GraciasLuna “Thank you Luna” was launched in response to the advisor’s support.