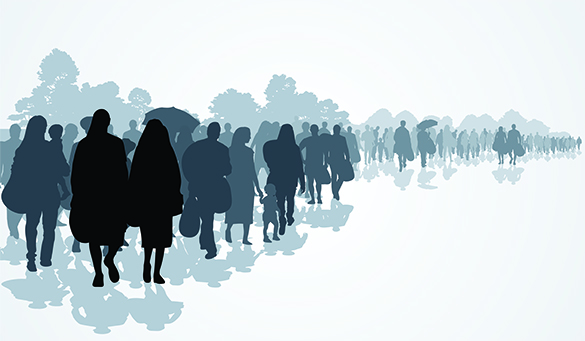 The number of first asylum applications rose sharply in the third quarter of 2021, the fastest since the refugee crisis in 2015. Syrians, Afghans and Turks in particular came forward as asylum seekers. Statistics Netherlands (CBS) reports this on the basis of figures from the Immigration and Naturalization Service (IND).

In the third quarter, 8,845 people submitted a first asylum claim. This is two and a half times more than the second quarter. There were also 7 percent more so-called travelers who followed this way. This concerns family members who have been reunited with someone who already has an asylum permit. Syrians submitted 2,550 asylum applications for the first time in the third quarter, up from 1,015 in the previous quarter. This still makes them the largest group. The number of requests from Afghans rose relatively quickly, from 210 in the second quarter to 1,565 in the third. The IND received four times as many applications from people with Turkish citizenship.

The increase in the number of family members is almost entirely due to the fact that more Syrians and Turks entered the country in this way. Fewer relatives came in this way, holding both Eritrean and Yemeni nationalities. Refugees who wish to settle in the Netherlands must submit a first asylum application. The IND then conducts several interviews with the applicant and either grants or rejects the application. After the refusal, the asylum seeker can submit a repeat application if he or she has new information that may shed a different light on the case.