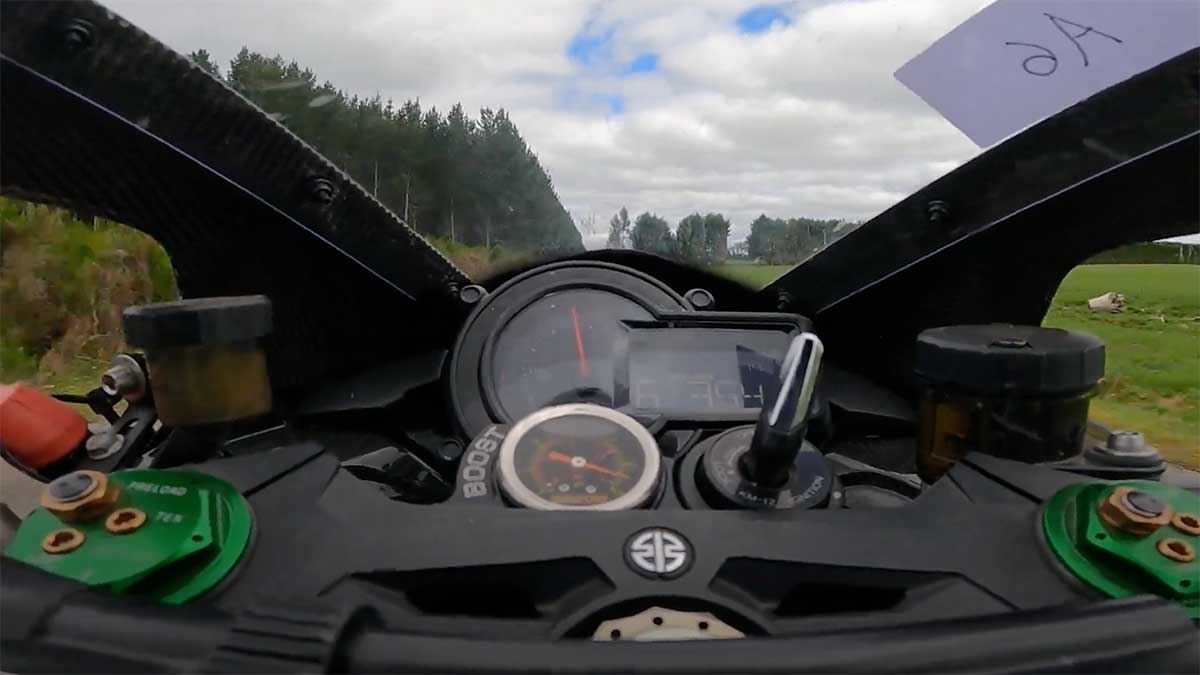 In memory of Burt Monroe, events where powerful vehicles run at insane speeds are still held in New Zealand. This is the essence of the event organized by the Landspeed New Zealand Association for Speed ​​Enthusiasts. The record-breaking race began on March 6 in Reporova with Scott Wilkins’ Kawasaki speed of 364.5 km / h and a two-way average of 358.4 km / h. It all happened on a 7km tar road in the countryside of New Zealand (or so they say, but at that speed it feels too low). Scott Wilkins set the New Zealand road speed record.

The motorcycle selected for the record was the Kawasaki H2R, with a centrifugal compressor tuned to 303 horsepower (from the original 267). Keeping the throttle open until the bike reaches 365km / h may seem like an easy task, but to keep the bike on the road at that speed you need icy nerves and intense control skills.

Kawasaki Z Series Family Tree: A Tribute to a Legend

Gauds Road has been a favorite destination for such achievements in New Zealand since at least 1996. With a length of 7 km verified and approved by the FIA, the center area of ​​2.7 km is completely flat, with an overall slope of less than 0.10%, while you must be within 1% according to FIA rules. To stay.

In the video (from the Scott Wilkins YouTube channel) we get a glimpse of one of the recording efforts and understand how narrow the road can be at 300+ speeds. In fact, the Kawasaki H2R underwent a similar feat when several world supersport champions Kenan Sofuoglu broke the 400kph barrier in 2016. At the time, the organization was on a wide bridge over the Gulf of Ismit in the Marmara Sea, Turkey.