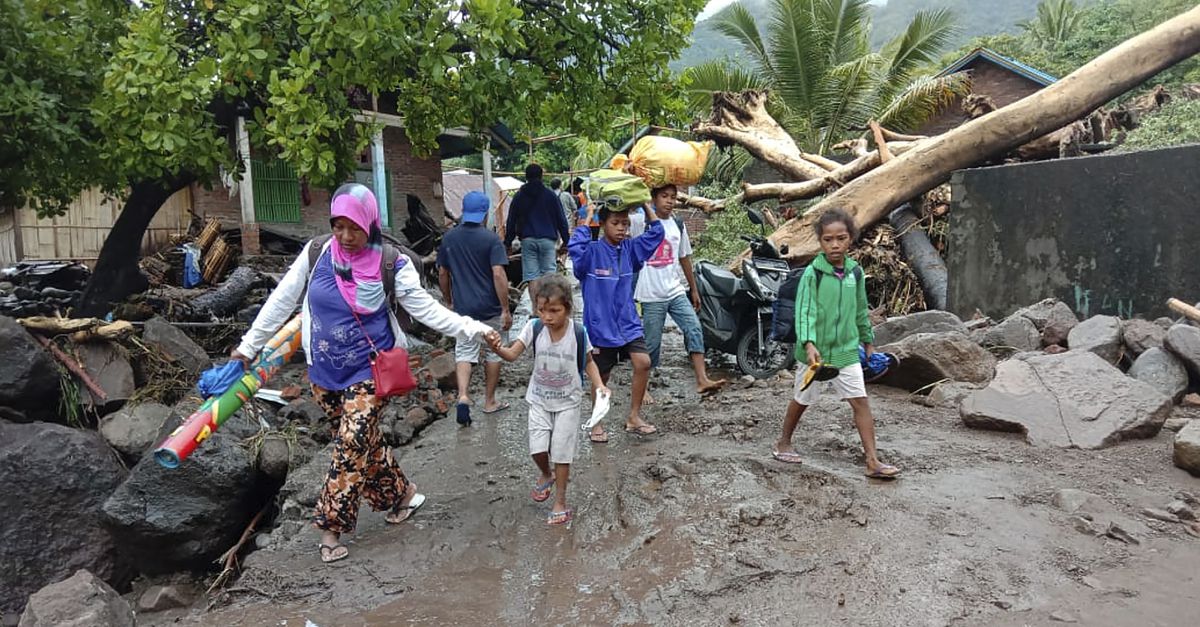 The death toll from floods and landslides in southeastern Indonesia and East Timor rose to at least 90 on Monday. Local Indonesian officials told the AFP news agency on Monday that at least 40 people were missing. It is feared that the death toll could rise further as it is difficult for those recovering from the damage to reach some affected areas.

Severe weather caused by Typhoon Xeroja has caused heavy rains, floods and landslides since Saturday night in parts of the Indonesian archipelago. As a result, houses were flooded, bridges collapsed and trees collapsed. Most of the deaths occurred in the eastern Nusa Tenggara province. On the island of Adonara, for example, 38 people were killed when landslides reached their homes. On Lembada Island, a cold volcanic eruption from a previous volcanic eruption hit several villages. Eleven people lost their lives.

The neighboring state of East Timor has been battered by severe weather for the past 24 hours. An earthquake, flood or falling of trees killed 21 people, especially in the capital Dili.

Indonesian President Joko Widodo informed the next of kin via Twitter on Monday Sorry for your loss With their loss. In the same post, he asked residents to follow the instructions provided by emergency workers during extreme weather. Indonesian meteorological stations said the intensity of the hurricane was likely to increase in the next 24 hours, heading towards Australia.