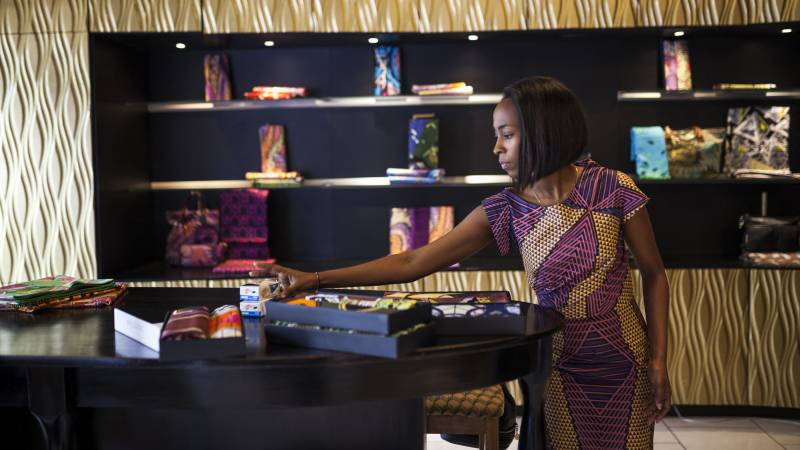 Actis fears that other potential buyers will turn away if they wait for Made in Africa’s amazement. Because Barcom, the owner of the retail chain Hema, is also interested in Wilisco. Actis is pulling the plug on this deal as the British no longer believe in bringing Made in Africa with creditors.

There will be a temporary contract with Barclays in a few months. The Vlisco board seems pleased, and finally has good news to inform the staff.

“The acquisition is largely Barcom’s financing from its own resources, not debt. A temporary contract.

“We are pleased to be able to repurchase investments in Vlisco,” he says CNV Director Nicole Engman. But still he did not look back with a good feeling on the first reports about Barkham. “It felt like a false achievement. It had already been discussed with the media before the Wilsco working group could say anything about this opportunity. It would have been nice if the staff had waited for this.”

Further Willisco’s team did not look back with much satisfaction at the way Barcom was introduced. “The intentional acquisition decision felt like a final decision and we had to claim our consulting rights,” says our working group chairman Narsalam Azharbane.

Like the rest of the team, Azerbaijan resigned earlier this week Fear to the fabric manufacturer is said to be culture. The Wilisco management calls the accusation of a culture of fear “surprising because it is not possible”.

Shortly before the task force resigned, members of the task force consulted positively about Barclays’ offer. They hope it will bring peace to Barcom.

‘It is wrong to compare sums’

The feeling that Made in Africa has passed. Africans say Hema owner Bargam Willisco will pay very little. Made in Africa there is no hard evidence for this.

Actis and Wilisco didn’t want to say much about it. Only: “While the first offer is attractive, it is wrong to compare the two sums if they are never fulfilled.”