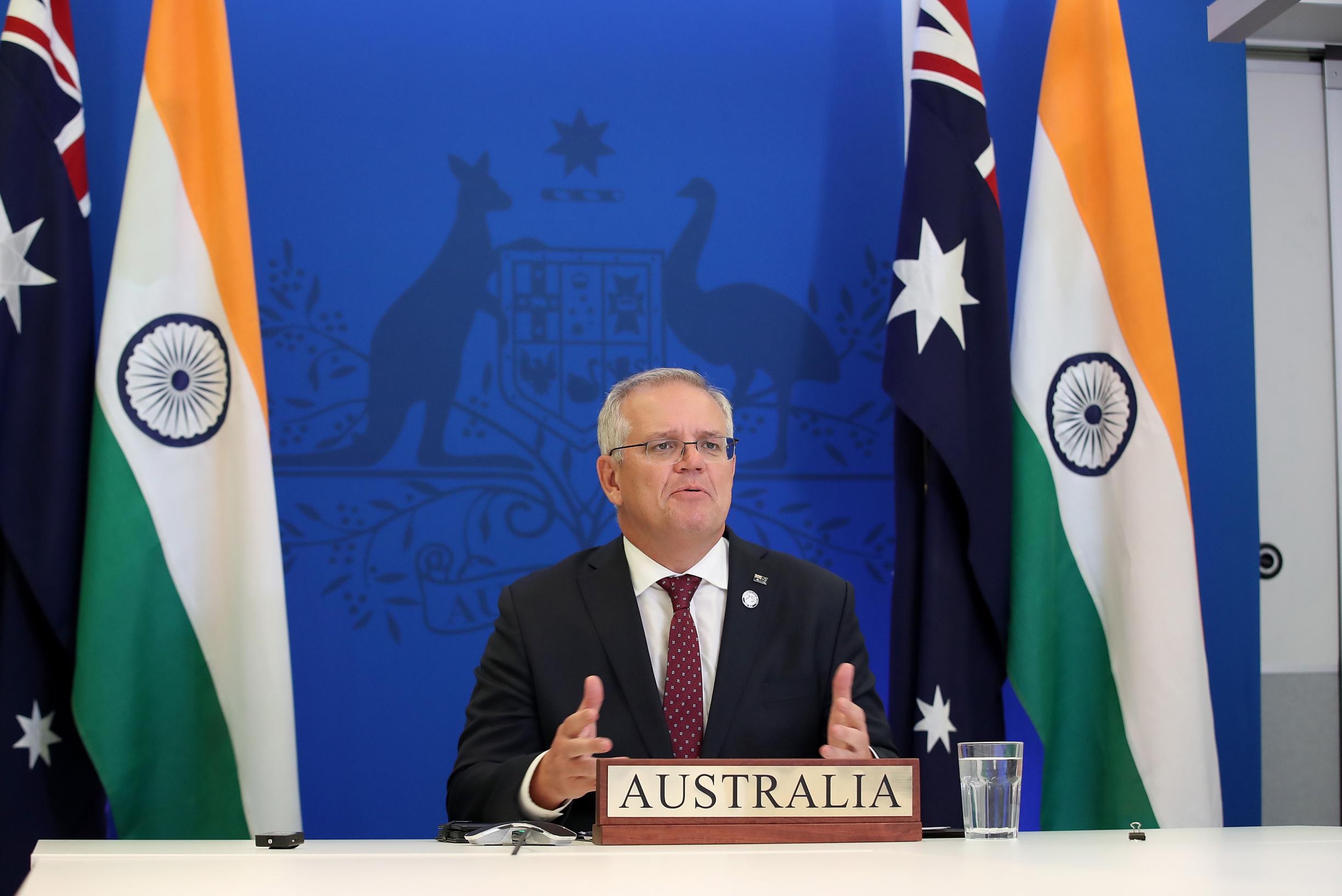 A comprehensive trade agreement between Australia and India was signed on Saturday. It is the result of more than a decade of negotiations and is widely regarded as an impetus for Australian Prime Minister Scott Morrison.

Morrison spoke on Saturday about the “milestone” in providing access to one of the world’s largest markets for Australian exporters. At the signing ceremony on the Internet, he described India and Australia as “two vibrant regional economies, like-minded democracies working together for the benefit of both sides”.

Indian Prime Minister Narendra Modi spoke of a “turning point”. “Under this agreement, the regression of supply lines could be strengthened and contribute to stability in the Indo-Pacific region.”

The trade agreement will remove more than 85 per cent of taxes on Australian exports to India. It currently stands at more than $ 9 billion a year, according to the Australian news agency AAP.

In contrast, 96 per cent of Indian imports to Australia are tax-free. Taxes on mutton and wool will disappear immediately, and taxes on goods such as butter, onions, nuts and fruits will be phased out over the next seven years. Trade restrictions on coal and metal ores are also disappearing. The tax on alcohol has been reduced.

The Australian government is talking about “significant profits” for Australian exporters. “We will approach the world’s largest, fastest growing economy.”