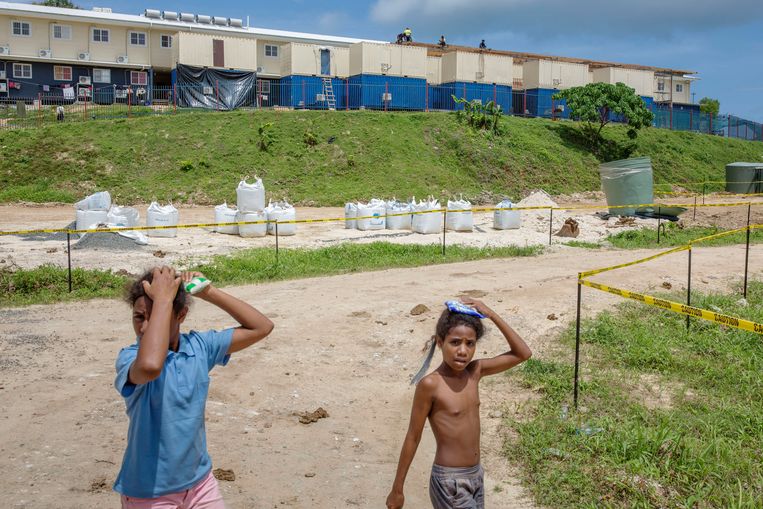 Announcing the closure of the Papua New Guinea route on Wednesday, Australian Home Secretary Karen Andrews warned that the drastic asylum policy had not changed. Australia has been using both countries for years to accommodate asylum seekers trying to enter Australia by sea.

“Australia’s strict policy to protect borders, including regional reception, has not changed,” Andrews assured. He sought to prevent asylum seekers from seeing the result, acknowledging that Australia was wrong in welcoming him to a controversial camp on Manus Island in Papua New Guinea. Andrews: ‘Anyone attempting to enter Australia illegally by boat will be deported or taken to Nauru.’ The island is located about four thousand kilometers from Australia.

Australia has decided not to renew its agreement with Papua New Guinea, which has been cooperating with Australian policy since 2013, after December. The government of the neighboring country also wanted to get rid of it. 124 Asylum seekers can transfer to Nauru or settle in Papua New Guinea if desired. This country has promised that they can get citizenship. Asylum seekers, including Iranians and Afghans, also receive financial assistance and can bring their families. Amnesty called the agreement between the two countries ‘a step in the right direction’.

With this decision, Australia was relieved of the headache file. At the height of the controversial reception, more than 1,300 asylum seekers stayed in the camp. It officially closed in 2017. Since then, asylum seekers have stayed elsewhere in the capital, Port Moresby. Some were transferred to the United States after the Obama administration offered to take them.

Human rights groups have criticized the poor conditions in Manus and the years of detention of asylum seekers. The United Nations High Commissioner for Refugees (UNHCR) has accused the Australian government of failing to meet its international obligations to help asylum seekers by operating the Manus base.

But Andrews did not want to hear about it on Wednesday. According to her, Australia’s strict asylum policy is a ‘win’ for refugees. He accused then-Labor government of Prime Minister Kevin Rudd of pursuing a bad and weak policy in previous years, which forced him to conclude a shelter deal with Papua New Guinea in 2013. “Under the labor regime, more than 50,000 people came to Australia illegally in more than 820 boats,” the Liberal minister tweeted. “At least 1,200 people died at sea.”

The Australian government’s announcement of the closure of BNG’s marine processing facilities is a step in the right direction. But for the 125 men who stayed there, it was not a solution to what they had been up to for more than eight years. # The game is over pic.twitter.com/8J5DwwsGQ7

The reception in Papua New Guinea was already expected when Australia signed a new agreement with Nauru in September. There are still 108 refugees living here, most of whom have been living for eight years. Human rights and refugee organizations later criticized the island government’s agreement to pursue ‘regional processing capability’ in Nauru for several years.

“It’s a continuation of suffering, the separation from families, the continuing uncertainty and the continuing humiliation of Australia,” tweeted Jana Favero, director of the Center for Asylum Seekers (ASRC). According to the organization, Australia should provide ‘safe housing’ for asylum seekers.

But Andrews denied this. “Anyone who comes by boat illegally has no chance of immigrating to Australia,” the minister stressed. Anyone making an illegal sea voyage to Australia will be deported or taken to Nauru. They cannot settle in Australia. ‘

Amnesty believes that asylum seekers living in Papua New Guinea and Nauru have been transferred to New Zealand since 2013. This country has volunteered to add them. “The time has come for the Australian government to make a good decision on their plight,” Amnesty International said.