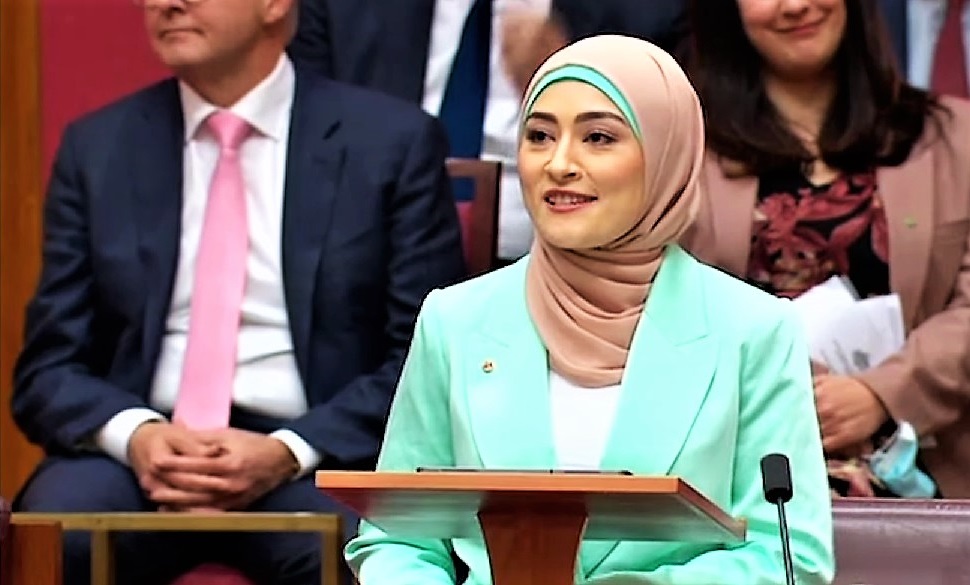 Fatima Bayman was the first Australian senator to wear a hijab. A 27-year-old refugee from Afghanistan Condemned In his first speech, Muslim hatred and this was the motivation to enter politics.

Payman first encountered Muslim hatred in college when a fellow student teased her for wearing a hijab.

“You see, I never felt any weird growth. Perth (a city in Western Australia) felt like home from the beginning – because home is where the heart is and my heart was with my family,” he said.

“I didn’t feel different or weird. I felt like any other Aussie kid growing up in the northern suburbs of Perth, taking public transport to college and hoping to become a useful member of society.”

But comments like “go back to your own country” and attempts to link her to extremism made Bayman feel like she didn’t belong. This led him to become socially and politically active in Islamic student unions and other organizations.

Payman says his goal is to “challenge the system.” He believes the Australian Senate is often marred by racism and xenophobia, and challenges his fellow politicians to end bigotry, racism and discrimination.