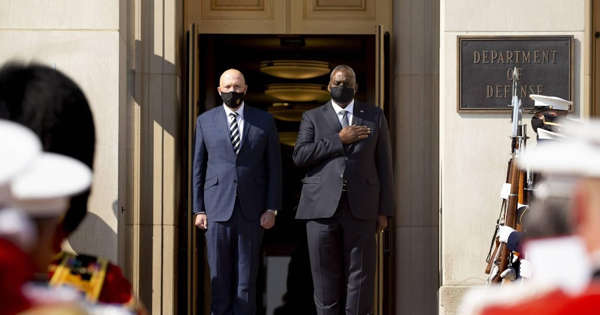 Canberra (AP / AFP) – Australia was “outspoken, outspoken and honest” with France about the country’s concerns over a deal to buy French submarines before the deal was torn down. Defense Minister Peter Dutton said in an interview with Sky News Australia on Sunday.

Dutton said his government has always been “honest, transparent and honest” with France about concerns about the deal. It was very expensive and many years late. The defense minister said he understood the “French disappointment” but said “the recommendations that the Australian government has not raised concerns have been made public and certainly contradict what has been going on for a long time.” The government had those concerns, and we gave them a voice. “

French Foreign Minister Jean-Yves Le Drian spoke on Saturday about a “serious crisis” between the allies. “There is a big violation of lies, hypocrisy, trust and contempt,” the minister said. “It can’t be between allies.” Le Trian called England “opportunistic” for its involvement in the deal.

Australian Prime Minister Scott Morrison told a news conference that he understood France’s disappointment over Canberra’s cancellation of the submarine agreement, but that the country must defend its interests.

“Of course this is a setback for the French government, so I understand their frustration. But at the same time, Australia, like any sovereign country, must make decisions in the interest of national security.”