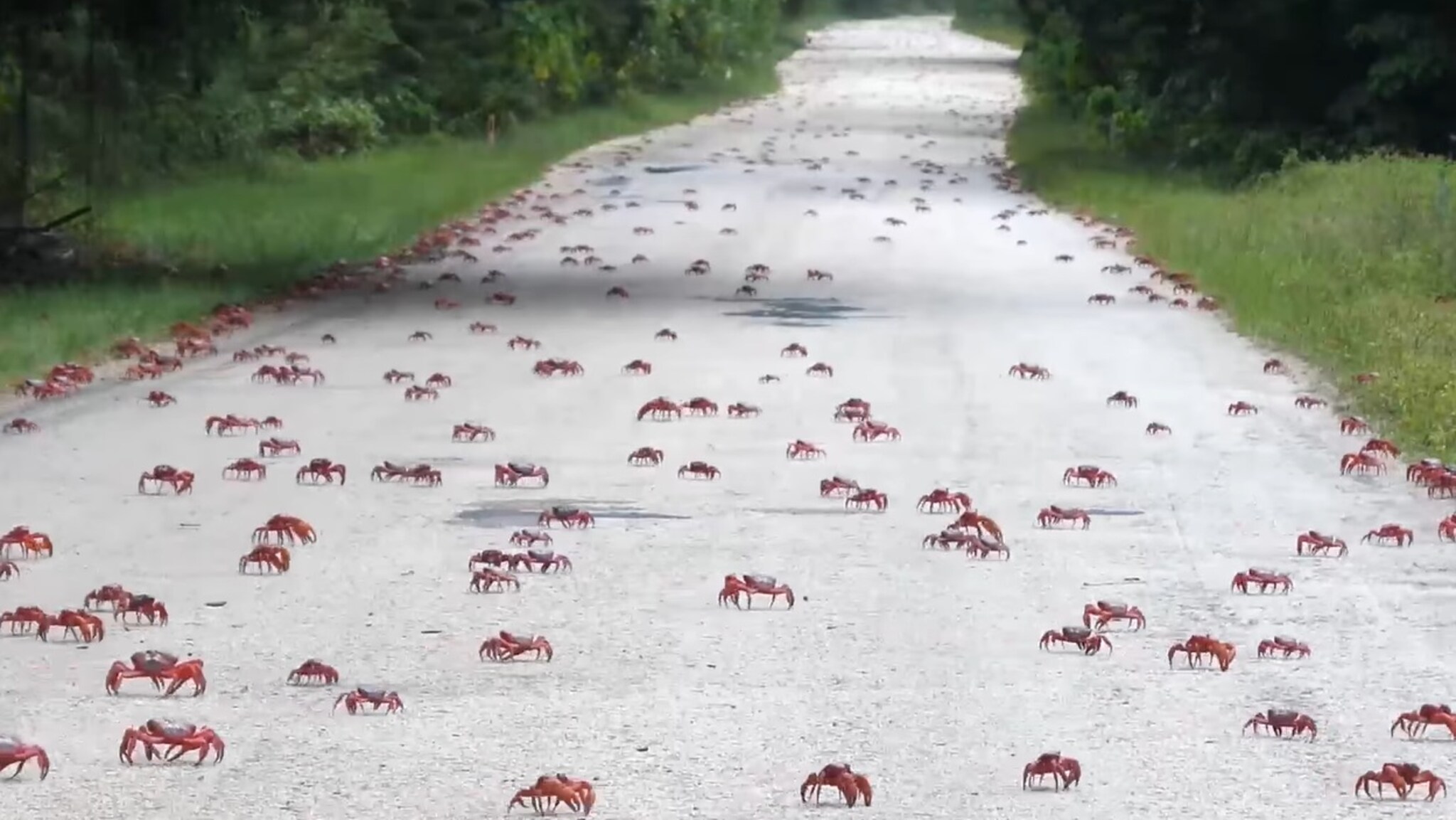 Once the first drops of the rainy season fall, Christmas Island crabs know it’s time: the journey across the island can begin. The males lead the way, the females follow.

According to the Australian government, 50 million red crabs live on the island located in the Indian Ocean. It is also the only place where animals live.

Every year the local government does its best to make the crabs’ journey as smooth as possible. The roads are closed as soon as the migration begins, usually sometime in October or November. When animals cross the road, the roads of Christmas Island turn red, as shown in this video:

according to Australia Parks, responsible for managing Australia’s wildlife, crab migration is “one of the most extraordinary natural phenomena on Earth”. Every year, tourists flock to the island to witness it.

Residents of Christmas Island are informed by radio, among other things, of closed roads due to the crossing of crabs. Anyone can navigate crabs on foot, as long as it is done carefully.

In some crowded places, animals are offered a helping hand in a special way. Bridges and tunnels have been built on the island, allowing crabs to cross safely and keep traffic going.