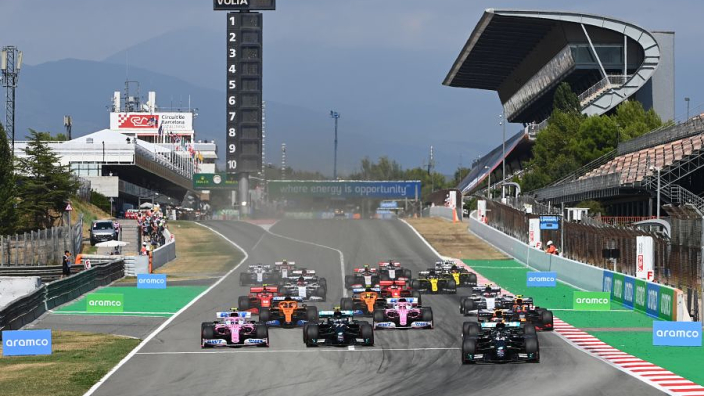 The first Miami Grand Prix is ​​behind us and after a successful weekend in which Max Verstappen managed to close a gap with Charles Leclerc, we can already look forward to our sixth race of the season and back to Europe during the Miami Grand Prix, Spain. We check the first weather forecasts and can count on a dry weekend for now.

After an opening in the Middle East, a short return to Europe and a one-off trip to the US, now is the time to start the European Formula 1 season. The race in Barcelona is the first in a series of races that will run until September 11th. During that time we will be racing back-to-back in Spain, Monaco and Azerbaijan, and a short trip to Canada, the UK, Austria, France, Hungary, Belgium, the Netherlands and finally Italy.

A great series ahead, but first of all it’s time to focus on Circuit de Catalunya, the circuit we visited earlier this season to launch the completely new cars of the new era of Formula 1 on the track for the first time. asphalt; Verstappen and many Dutch fans will have fond memories of the Catalan club. The Dutchman managed to win his first ever race here, having just joined Red Bull Racing that week in favor of frustrated Daniil Kvyat, who took the opposite route towards Toro Rosso. After Mercedes drivers Nico Rosberg and Lewis Hamilton drove each other off the track on the first lap, Verstappen reacted optimally and took his first 25 career pointers.

It remains to be seen if Verstappen can repeat the feat next weekend. In any case, he seemed to be able to count on his ability to do so under dry conditions at the moment. Initial forecasts are that we will have a dry weekend under the Spanish sun, although it remains to be seen how often that sun will actually come. The first forecast is for partial cloud cover throughout the weekend below a maximum temperature of 25°C. Since the chances of precipitation range from three to five percent, it is unlikely that it will rain at the moment.