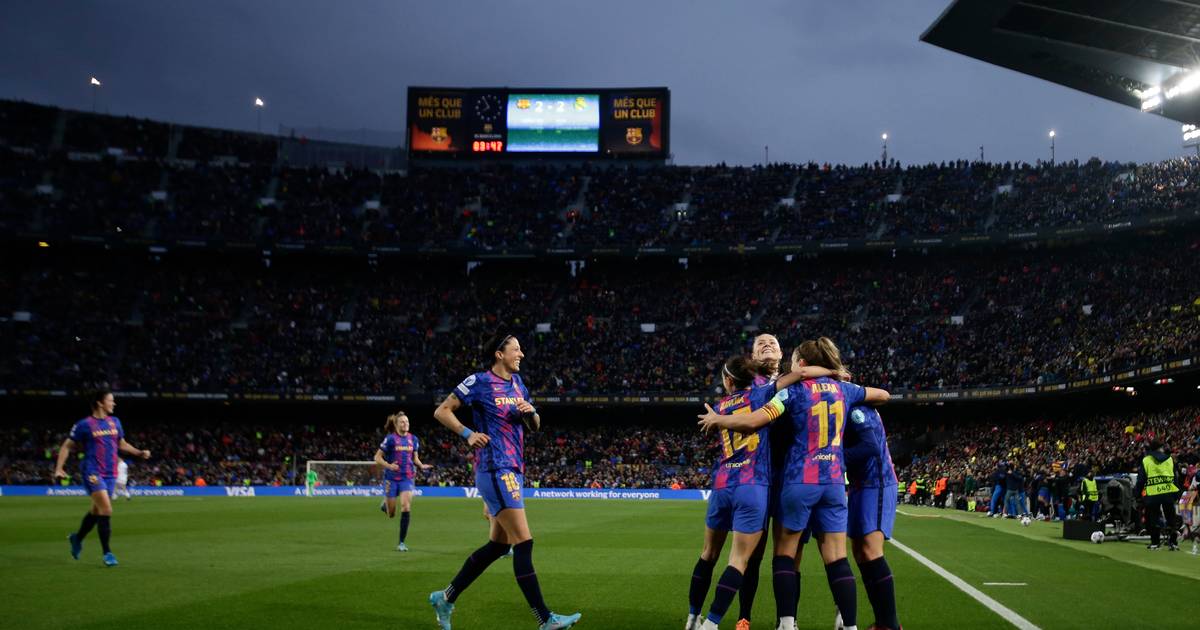 At least 91,553 spectators turned out to watch the Clasico at the Camp Nou. There had never been such a crowd before at a women’s soccer match. And the crowd was amused: Barcelona fought from behind and won no less than 5-2.

Three years ago, the record for the women’s club match reached 60,739 spectators in Madrid at Atlético-Barcelona. Internationally, the footballers’ best-attended match was the 1999 World Cup Final between the United States and China. Over 90,000 spectators witnessed the host country win the world title at the Rose Bowl in Pasadena.

The second match was in the Champions League quarter-finals. Barcelona had already won 3-1 on a visit to Madrid, and completed it at home with a celebratory performance. Lake Martins missed the home team due to injury.

In the middle of the match the score was 1-1, which was already on the scoreboard after 16 minutes. Mabe Leon gave Barcelona the lead, and Olga Carmona equalized from the penalty spot. After the appeal, Claudia Zornoza gave the lead to Real Madrid. Thanks to the successes of Aitana Ponmatti, Claudia Pena, Alexia Putillas and Caroline Hansen, the home team once again took the lead.