Battle for hydroelectricity in Albanian Vojsa River, “the end of a unique ecosystem is imminent” 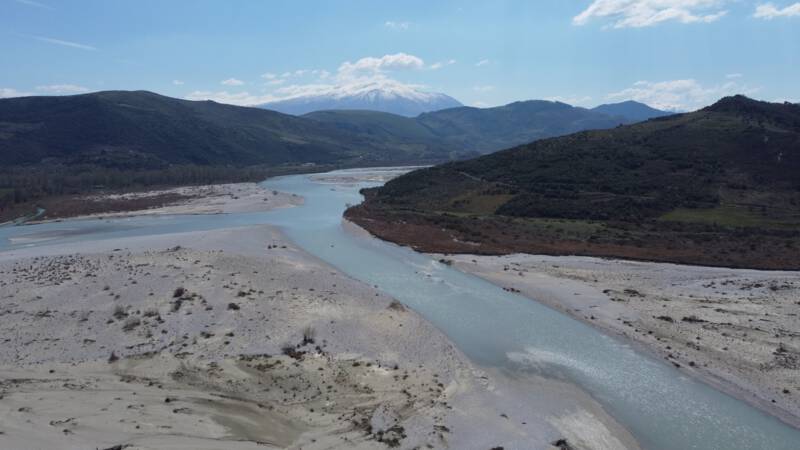 “If this continues, everything will drown out, the village with everyone who has lived here for generations. The village will disappear.” Under the fruit trees in his garden, Demir Muratag paints a bleak picture of the future. His village of Koto is hundreds of meters away from Vjosa. One of the dams is planned slightly downstream. When built, the koto ends up at the bottom of the tank.

It hurts Muratag that the government has never communicated plans to convert the Fjosa River into a massive producer of electricity, with eight large dams in the river itself and 30 other small dams in its tributaries. “They didn’t say they wanted to build a dam here, and they didn’t ask us for anything,” he says. “They humiliated us.”

In the capital, Tirana, attorney Elvana Tivari Maratag confirmed the complaint that the government had not notified the villagers involved, even though Albanian law required it. And there is one more thing, too. “There was neither a proper planning process nor a study of how the plans fit into the country’s sustainable development, agriculture, tourism and the lives of the people who lived on the river.”

Along with a group of other attorneys, Tivari sued the state on behalf of dozens of residents of the Vjosa Basin. In the first place they won. Construction work has now stopped. But the state has restarted. We now have to wait for the Supreme Court ruling.