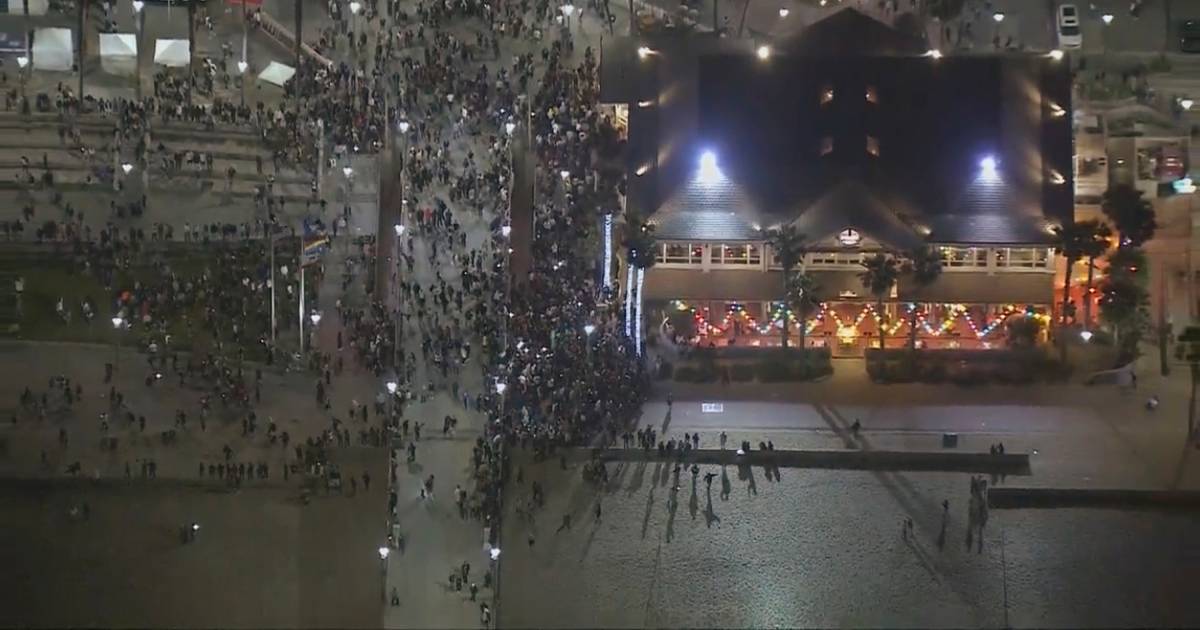 An invitation to a beach party on a TikTok app on Saturday night in Huntington Beach, California, led to a rush of guests, leading to several arrests.

Police arrested 149 teenagers and young men on charges of sabotaging or disturbing public order. According to US media reports, the event attracted more than 2,500 people to the coastal city south of Los Angeles. The night before, about 400 attendees arrived at the beach, who, according to the police, were misbehaving.

The invitation to the mass party came from TikTok user adrian.lopez517, who in a video called everyone to come to the beach to celebrate their birthday. Later, the hashtag “AdriansKickBack” was viewed more than 180 million times.

Police hands filled with a rapidly growing crowd on Saturday. Party-goers jumped down the Huntington Beach Pier footbridge, climbed into slow-moving cars, and lit fireworks. The authorities decided to impose a curfew at night. About 150 police officers intervened because some people had thrown bottles and rocks. Shops, stalls and patrol cars were damaged as crowds moved along the sea wall and across the city.

There were no reports of injuries.