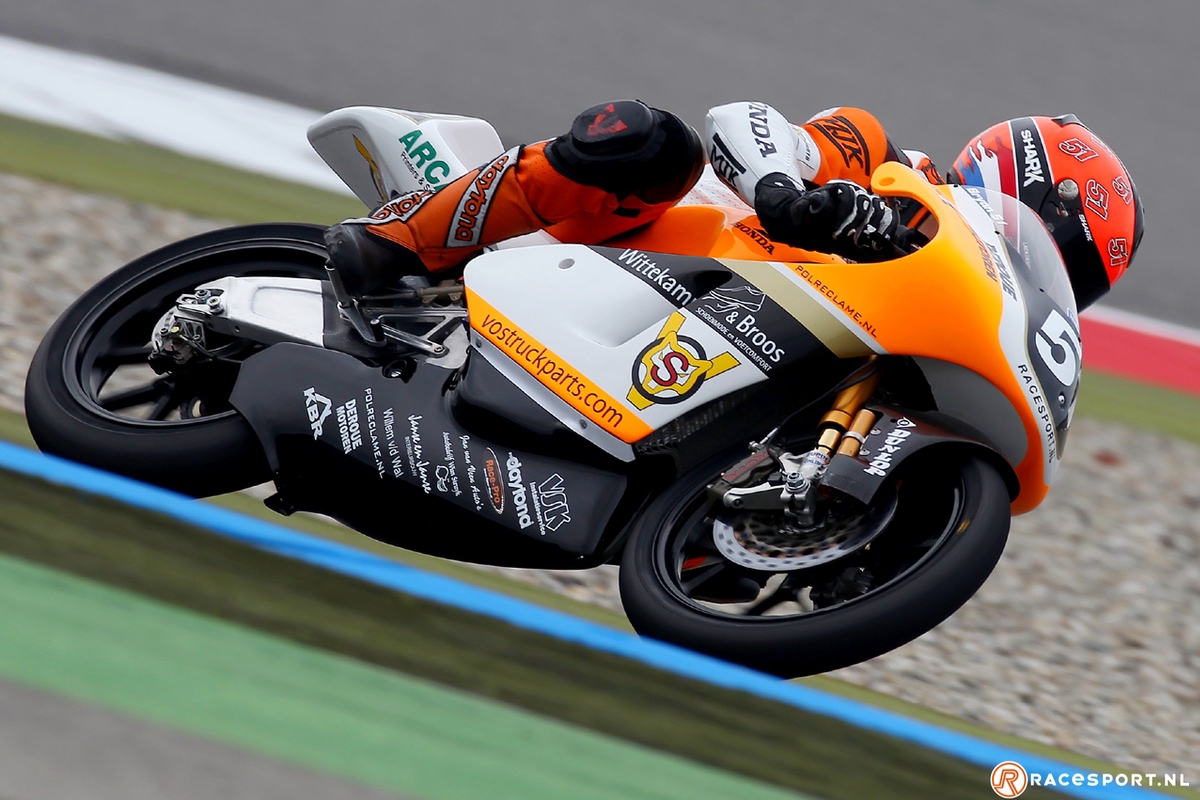 Dutch road racing star last year, where he went, what he is doing nowadays and how he views the current sport of road racing. In the quiet, no-racing winter months, we bring you the best Dutch road races last year every week in the section “Dutch road races at the time” and we ask them all a series of questions (same). This week: Brian Scotten.

Who is Brian Scotten?

Ehm .. is different, but if I had to pick 1 it’s Luca Grunwald. At the time of 125 / Moto3 IDM, Luca and I could read and write together. So the fights were really fair and square.

FTR Honda Moto3 from Dutch Racing team in association with development and tuning of Ten Kate Racing Products. FTR steering was good at the time and at the Spain Open we weren’t inferior to the KTMs factory, leading to a European vice title and several podiums in the FIM CEV Repsol (now the Moto3 Junior World Championship).

See also  No Belgian women at the US World Cup: 'Almost no one needed that investment'

Thermas de Rio Hondo, Nürburgring, and Schleizer Drake. Personally, I think it’s about the feel and the results. The Argentine circuit gave a positive boost to the difficult start of the Grand Prix season. I’ve always been successful at the Nürburgring and regardless of the results, everyone must have ridden in Schleys or at least have been there! During the IDM Weekend race there was a very nice atmosphere, 40,000 spectators and the races were always exciting.

That was during my IDM 125cc time. There Jack Miller came to ride the Aprilia RZT. No one knew Jack, only from the first race it became clear who he was. With his little bike, including the built-in radio and amplifier, he blew the circuits on the rear wheel. No matter how many people were on the scooter, the jack pressed and pulled the front wheel in the air. In Assen, he encountered a more difficult time and was closed in South Loop by 2 circle employees. He ripped back through the hare’s path (on the rear wheel of course) but once he reached the pit box, his key was taken away. Then the fun is over.

Experiences, coexistence, and growth as a person and friends.

At the end of 2017 I decided to quit as an active driver. At the time I was driving with Ten Kate and after I told them I was going to stop, I was offered a job as a sales assistant at Ten Kate Racing Products. She also started as a consultant / coach at RAP Holland.

In 2019, I went with Colin Velthuizen as coach at the IDM Supersport 300 Championship. Colin will convert to the IDM Supersport 600 this year. In smaller circles, I am closely involved in the development of Alec Willemen (Kicxstart Yamaha R125 Cup), Teun Tigcheler (Ohvale) and Ruben Nijland. (Ohvale). I am also active together at Trackdays4All as a video companion.

Then I ended up with Jack Miller. From Australia, give up on everything to live your dream in Europe and sign a factory contract with Ducati as a reward! With all of his bones and teeth broken, he did everything in his power to achieve his goals.

Who you see as the greatest (currently active) road racing talent in the Netherlands and why?

When I look at little boys growing up, they are Zonta van den Goorbergh & Colin Velthuizen to me. Coleen went the Supersport Road but he’s definitely a talent for development! With the right support, this could become the winner of the world superbike circuit. Zonta is a little smaller but is incredibly fast. Hopefully more of these guys will go to the international circus.

I think many people could write a book on what to do, but especially what is wrong. If I could relate it to my generation, a lot has changed. With a group at the time (Scott Deroy, Beau Bendzneider, Wayne Tessels, Kevin Falk, etc.) we were very much with the choice led by Henny Lentink and later Barry Veneman. We started testing and training together and were supported as an option via KNMV. The pool with the boys is big at the moment, and they all aim in different ways. In my opinion, multi-party partnerships are needed in the Netherlands to allow boys to thrive. As it was said, the pool with the boys is large, but they all swim in different pools.