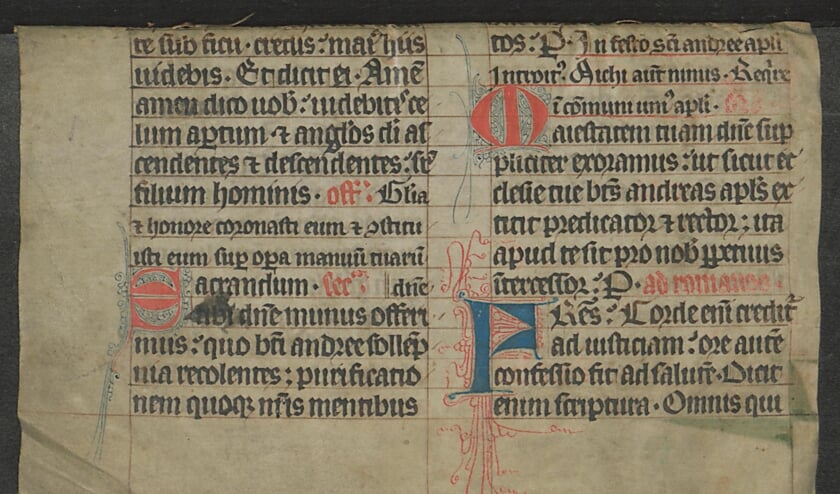 Den Bosch | Tongerlo Abbey was an important religious, political, and economic player in Brabant in the period 1130-1796. This enormous continuity and the vast areas in which the monastery exercised its influence, ensured wide possibilities for research. Due to the great importance of North Brabant, Tongerlo Abbey and the Brabant Historical Information Center (BHIC) in Den Bosch have digitized part of this comprehensive archive (ie the records) and made it accessible to researchers and genealogists.

Despite its turbulent history, the extensive monastery archives located in Tongerlu Monastery have been well preserved. From the “Historical Archive” spanning from foundation around 1130 to 1838, all records have now been digitized, 967 in total. It contains copies of nearly all the charters and forms the core of the long-running administration of the monastery with records of, among other things, the monastery’s residents, employees, benefactors, land rents, taxes, leases, and tithes. All this is described in the inventory. For both professional and amateur researchers, these records are a historical goldmine. You might consider political and religious domain research, regional and local history, local history, domain name search, and genealogy research. This applies to research in Belgium, especially in Kempen, as well as in the Netherlands, especially in West Brabant and Meierij van’s-Hertogenbosch.

Tongerlo. History of the monastery

The Premonstratensian monastery in Tongerlo, today in the Belgian municipality of Westerlo, was founded around 1130. This happened during the life of Saint Norbert of Genip, who founded the order in Premontry in 1120.
In 1124, Premonstratensians formed a monastery in Antwerp. From there they founded a new monastery at Tongerlo around 1130. The Dukes of Brabant favored the matter and with it the new monastery of Tongerlo. The monastery grew into one of the most important Premonstratensian monasteries in Brabant. I got many goods and rights. Goods consisted mainly of land, farms, taxes, leases and tithes, most of which were located in the then Duchy of Brabant. Of the rights that the monastery received, patronage rights (the right to nominate a new priest) were very important. The monastery has served many parishes in Brabant since long ago. The abbot was a member of the states of Brabant and thus also had a direct political influence.

When the old parishes were replaced by new and smaller parishes in 1559, the monastery served as a source of income for the Bishop’s-Hertogenbosch. The Bishop of Bossche was a limited abbot of the Tongerlo monastery. This miserable situation ended in 1590. The monastery had to hand most of its merchandise in Merig to the bishop. Since the monastery was located in the south, then the Austrian Netherlands, it was able to keep its goods within the borders of the republic. She was allowed to continue serving her subjects—though turning a blind eye.
The arrival of the French brought enormous changes to the monastery. After their departure in 1814 and the subsequent dissolution of the United Kingdom to the Netherlands in 1830, the remaining monastery members were able to reunite as a monastery from 1838. They repurchased their old monastic buildings and restored their monastic life in Belgium to the best of their ability. Their former possessions and parishes in the Netherlands remained in the possession of the Dutch state.

Archive of the numbered Norbertian monasteries