Bicycle chaos in the city center, but the big parking lot is still empty 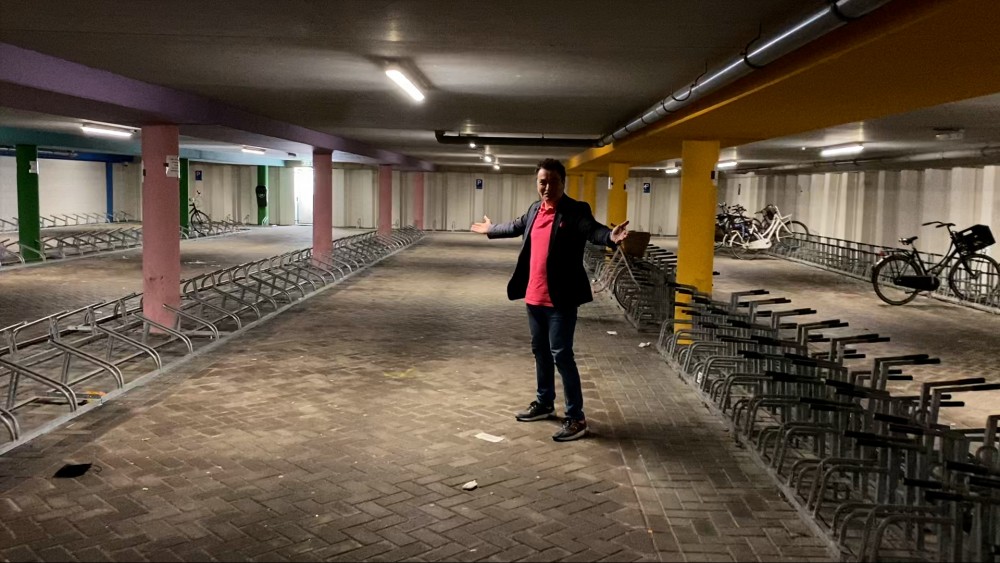 There is a spread of parked bikes in the center of Harlem. Bike chaos is especially evident on Saturday afternoon. The municipality is doing everything it can to create enough parking spaces for bicycles, but that doesn’t seem to help. One person concerned with the bicycle problem is consultant Musa Ainan: “Look, this parking facility is almost completely empty. There are hundreds of places here.”

People can park their bikes in the covered bike shed in Smedestraat (1700 places) and in the Botermarkt (538 places). Despite the fact that you almost got over the two wheels parked outside, there’s still plenty of room inside to park your bike. One of them is Loes: “I always put my electric bike in the shed. I think that’s safe. But people who leave their bike outside may find it easier to have you around.”

And indeed, outside Rob parks his two-wheeler in a grid of bikes. “I usually put my bike in the garage, but now I have to get something quickly. I think if people are parking longer, they should definitely put their bike in the garage.”

Counselor Musa Einan of Joe Harlem tried to draw attention to the problem through a vlog last week. In the vlog he got Big step from a passing cyclist: “I’ve been drawing attention to the bike chaos downtown all the time. So I was vlogging about it when a lady came with the bike and gave me a jab. I thought it was really weird to do something like who-that.”

A lesser known bicycle parking facility, which is almost completely empty, is the one on Jacobijnestraat. The underground bicycle parking lot is especially open on Saturdays, but rarely used by anyone. Two eyes: “This shed is empty,” his voice echoes in the dark space. “There are hundreds of places. Look what a space this is while it’s chaotic outside.”

The municipality is fully committed to the new car parks

The municipality says it will do enough against the inconvenience of bicycles: “In order to meet the demand for bicycle parking and to provide more space in the center, full efforts will be made in the coming years to expand bicycle parking spaces. This is done by adding extensive indoor facilities, and introducing a bicycle parking ban. , and publish rulers.”

For example, there will be an additional bike shed in Raaks, there are negotiations for bike sheds under the old V&D building and a bike shed for 500 places is underway in Houtplein.

However, if it is up to Aynan, there is already enough space and people should first be aware of the places that are already there: “I think we should start putting bike stewards who can point to the people on this site in Jacobignstrat, for example. I’ve been advocating this for years. My idea has already been rejected, but I’ll keep trying.”

This is a message from our Subscribed News Editors

See also  Science must dare to give up on the truth