Biden declares that Texas is a region afflicted, with at least 70 dead due to freezing temperatures 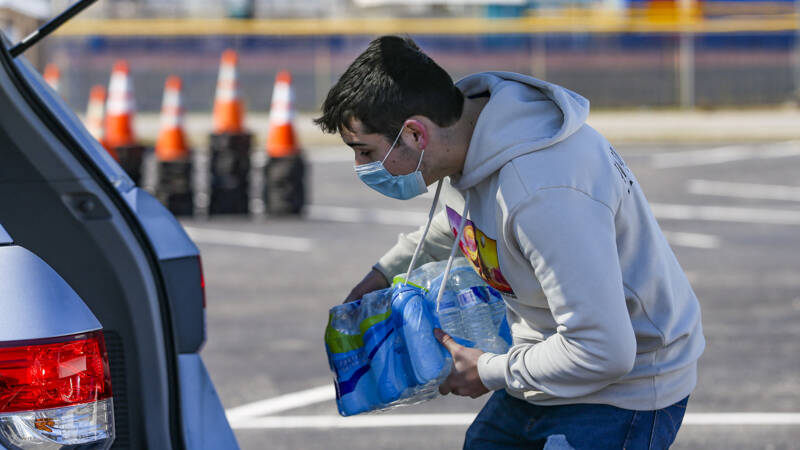 In response to severe disruptions to the power and water network in Texas, US President Biden declared the state a disaster area. Texas has been plagued by severe winter weather for days, and after peak load on the power grid, millions of residents are left without electricity. More than half of Texas’s population still has limited access to clean water.

By declaring the state a disaster zone, funds at the federal level can be made available to affected residents. For example, it can be used for temporary housing, home repair, and loans for people who have poor insurance and have damages.

It is no longer freezing in Texas and many people have electricity in their homes again, but the state still has serious problems due to the severe weather. At least 70 people have died, including carbon monoxide poisoning, fires from stoves, and hypothermia. The bodies of people believed to have been frozen to death in recent days were found in homes in various places.

In about half of the case, it is recommended to boil the water before use, as the water purification systems do not work or do not function properly due to the power failure. There are also problems with the water supply in parts where the treatment systems have not been leveled. Several pipelines have been closed due to fear of freezing.

Residents who do not have access to water are advised to collect meltwater from ice to flush the toilet, for example. It is also advisable to seek help from their neighbors.

Meanwhile, stocking is spreading in the state and some stores are running out of food. Food banks are also finding it increasingly difficult to meet the high demand.

Biden wants to go to Texas

President Biden plans to visit Texas, but says he will not do so as not to burden the state. He said, “When a president lands in any city in America, it has a big tail. And they work there to death to take care of their people.”