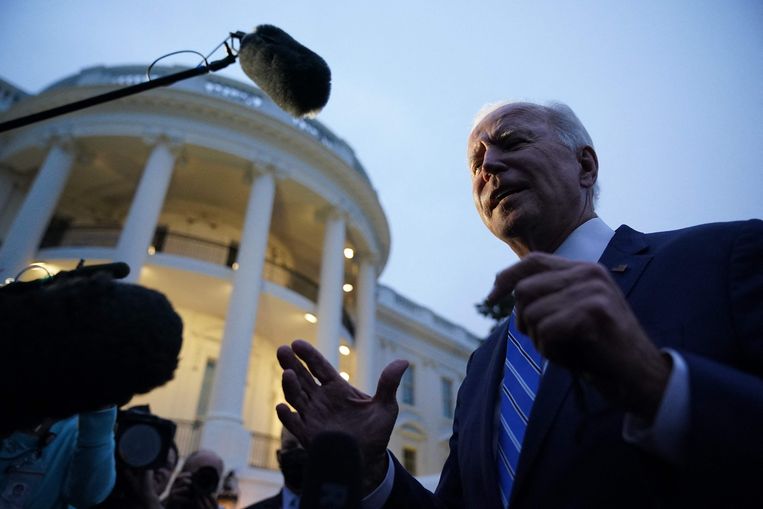 that reports New York times. According to the newspaper, Biden admitted in a private meeting with Democratic leaders on Friday that he will have to reduce his social spending plans to $2 trillion over ten years. These funds are intended for education, tackling climate change and a wide range of social and economic issues, among other things.

The Democratic Party has a slim majority in Congress, which consists of the House of Representatives and the Senate. A handful of members could actually block initiatives from the president, because Republicans would withhold their support anyway. However, time is running out for Biden to pass important laws. Soon, attention will turn to next year’s congressional elections. The question is whether the Democrats will retain control.

So Biden traveled to the swing state of Michigan to build a bridge between the different camps in his Democratic Party who may or may not agree with his proposals. In addition to social spending, Biden also plans to spend $1 trillion ($862 billion) on infrastructure over the next 10 years. Nor can he pass this plan through Congress: the Senate had already approved it in August, but the House of Representatives had not yet wanted to put it to a vote.

“We risk losing our leadership,” Biden said in a speech Tuesday in Michigan in which he called for support. “If you resist these investments, you are complicit in America’s decline.”

Biden appeared to be targeting Democratic Senator Joe Manchin of West Virginia and Kirsten Sinema of Arizona, who oppose the scale of his social plans. At the same time, he also addressed progressive House Democrats, who said they would only vote for his infrastructure plan if Biden’s social plans were not scaled back. The latter appears to be happening now.

Despite the apparent stalemate, Senate Democrats leader Chuck Schumer said on Sunday he expects to resolve divisions between conservative and progressive Democrats. “Our goal is to pass both laws within the next month,” Schumer told reporters, targeting November.