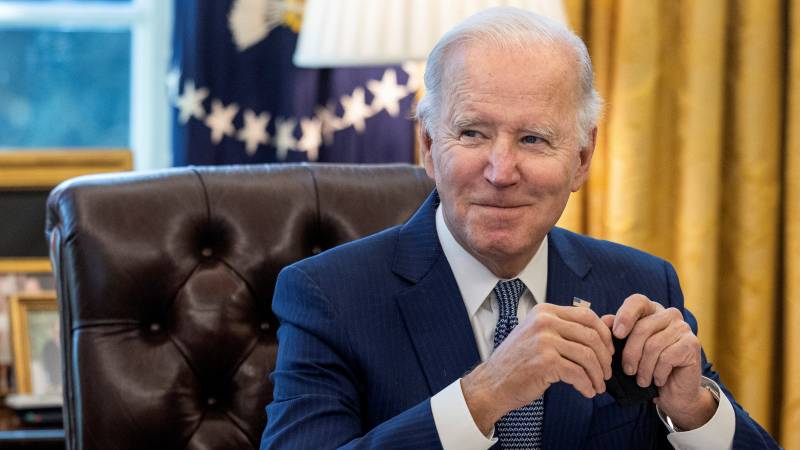 US President Biden promised his Ukrainian counterpart Zelensky that the US and its allies would “respond decisively” in the event of Russia’s invasion of Ukraine. Biden said this in a phone conversation with Zelensky. Moreover, Biden made it clear that no agreements with Russia would be concluded without consulting the Ukrainians.

Zelensky said on Twitter that he and Biden discussed measures to preserve peace in Europe and prevent further escalation of the conflict. The United States and Ukraine also want to use diplomacy to reduce tensions with Russia.

According to Zelensky, the conversation proves the “special bond” between Ukraine and the United States. “We appreciate Ukraine’s continued support.” More talks between the two countries are expected to follow in the near future.

Relations between Russia on the one hand and Ukraine and the West on the other have been under severe pressure for some time now. The Russians sent tens of thousands of soldiers to the border with Ukraine. Fears that the Russians will invade Ukraine.

Russia demands that NATO not expand to the east and that NATO’s military presence in Russia’s vicinity disappear. But the United States does not see that as an option. The Americans made it clear to Russia that NATO membership is open to any country and that a non-member has nothing to say about it.

Biden and Putin discussed the situation last week for 50 minutes. Biden threatened new economic sanctions if the situation escalated. Meetings are scheduled for next week in Geneva, Switzerland, between senior representatives and military experts from the United States and Russia.

What about the tensions between the West and Russia? We explain it in the video below: