Big Art: out-of-place sculptures in the open air in Amsterdam 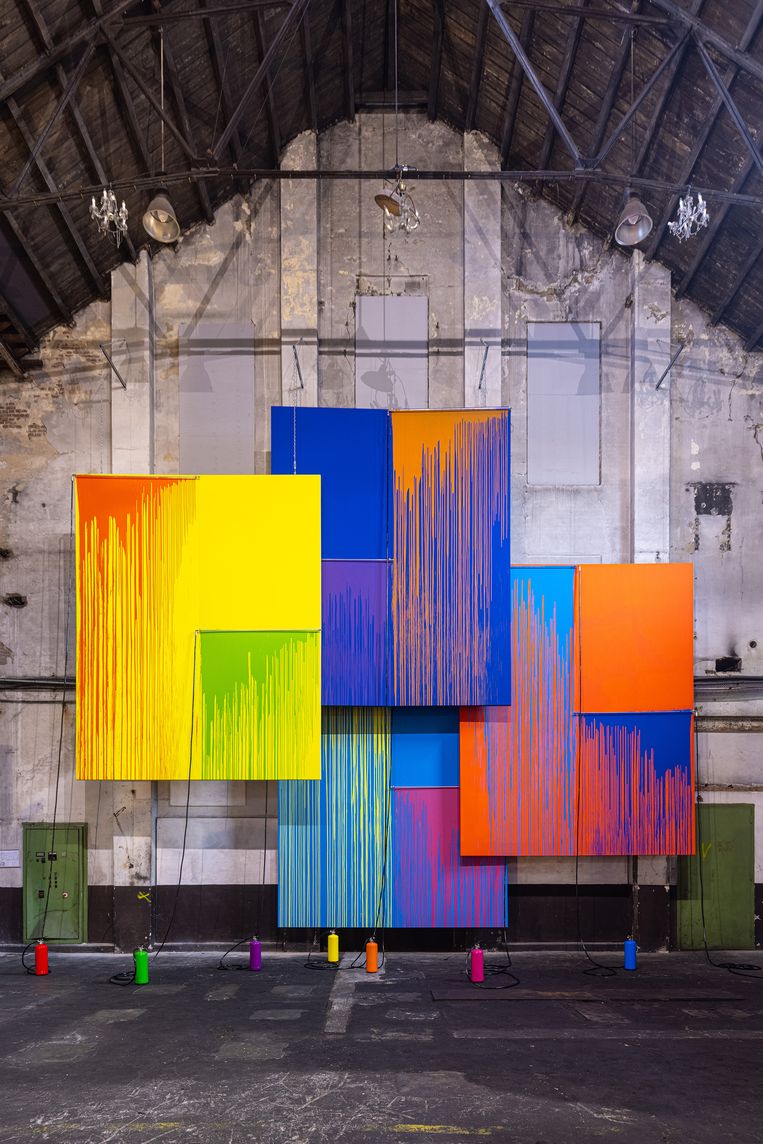 A 10-meter balloon made of the same type of tubular construction as the racks of Aldo van Eyck Stadium from the 1950s. A series of steel frames that seem to match the uniformity of the build, but with a rebellious boom against the monotony of Vinex architecture. Or an ostrich in a lace skirt in the midst of freshly dug graves where sin, power and evil, among other things, find a place of last rest.

These are three examples of sculptures that wouldn’t look out of place on one of Amsterdam’s many new construction projects. Such a place would have a story and identity in one fell swoop. So ladies and gentlemen, project developers, directors of the Government Buildings Agency who have recently started spending a percentage of the construction amount on art in public space again: note the names of Joran van Suest, Art van Trieste and Hermann Lammers. Or better yet: visit Hembrugterrein in Zaandam this week where their work can be seen during Big Art.

This event also proves its distinctive added value in the sixth edition. Here you see the literally grand gesture that is too clumsy and impractical for an ordinary gallery or fair. Moreover, it is made by artists who often stay under the radar for this reason.

Now it’oldGrand art is not only about scale, but also about intent and effect. A good example of that overlap By Yani and Julian du Perron, an interactive installation about quantum mechanics but also the uncertainty of youth, the desire for space travel and the possibility of thinking outside the usual space-time.

All things considered, the work is no more than a few square meters protected by vertical plastic strips with points on the floor. But if you’re walking around with headphones on, you’ll hear voices and stories distort with every movement just like the pictures of the eight people they belong to. In this way, an enormous space is created on a relatively small surface, an oculus of a parallel universe.

great in lyrical meaning firefighter choir By Simone Bennett, arguably the best work of Big Art 2021. Two screens show the conductor and a chorus of retired firefighters. Boiling, deep sighing and clicking on the tongue, they represent fuel, heat and oxygen, the three elements needed for fire. The surrender with which the earnest and sometimes trembling old men set a fire, is beautiful and chills.

Bennett’s work comes on its own because it is set in a darkened room. And so for the entire interior, Big Art director Anne van der Zwaag has a better understanding of the industrial space than in previous editions. Despite the abundance, there is peace and this enhances the viewing pleasure. Two-dimensional work hangs on the walls, and between them is spatial work.

Some of these flat works can still be considered a “living room arrangement”, for example Matisse van den Bosch’s painting of a man on a cherry collector, which fits nicely in the tall windows of the factory hall. But the majority fall into the XL category, like Geke Lensink’s Berber rugs, which bear their moniker liquidity Connect to water leaking from a leaky roof. The two-line collage by Marijke Schuitema takes the cake: the work is three meters high and no less than ten meters wide.

Shwetima put in a large piece of linoleum so that visitors can feel for themselves just how heavy and solid it is. And there are more opportunities to deal with art face to face. In the second of the four halls are large square sculptures made by Marilyn Slewits and Cindy Bakker based on packaging materials from Honig. The blocks are placed on pallets that can be placed in different groups using a hand truck: the aesthetics of the distribution center in an interactive form.

It gives me great pleasure to see so many artists, about ninety, moving forward with their full potential. So it hurts a bit when you think that they have to take their artwork apart again on Monday morning and store it in the studio or warehouse. Or worse: Throw it away due to space constraints. So ladies and gentlemen project developers….