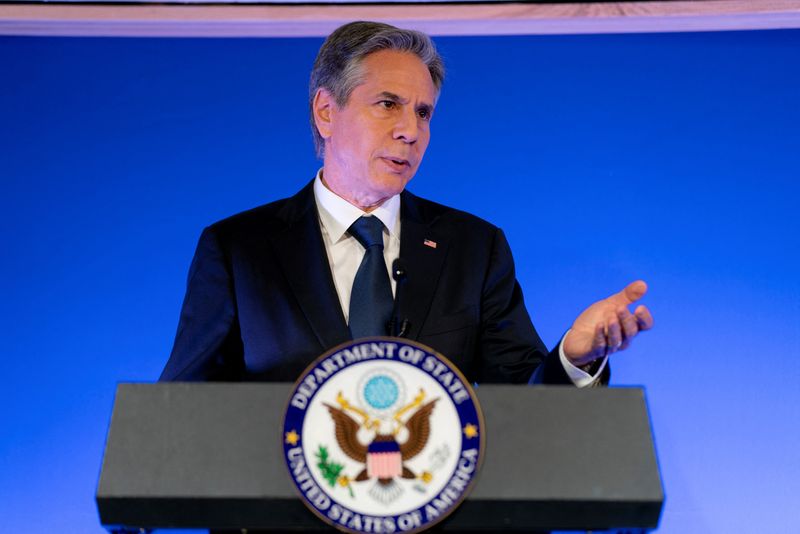 Blinken, speaking during a visit to Kinshasa before a trip to Rwanda, called on all parties to end any support or cooperation with M23 or other non-state armed groups.

The March 23 rebellion is part of the fallout from the 1994 Rwandan genocide. The group was founded in 2012 and claimed to be defending Congolese Tutsis, the Kagame ethnic group, against Hutu militias.

Since May, the March 23 Movement has launched its most sustained offensive in years, killing dozens and displacing tens of thousands of people. A group of United Nations experts said that in July it took control of an area of ​​the Congo three times the size of March

Rwanda has previously denied accusations by the Congolese government that it supports M23 and that it has sent troops into the country. The March 23 Movement denied receiving Rwandan aid.

Speaking at a joint press conference with Congolese Foreign Minister Christophe Lutendola, Blinken said he also discussed reforms in Congo’s mining sector and US concerns about the auctioning of rainforest and wetland areas.

On Tuesday, Congo agreed to form a working group with the United States to discuss the environmental impacts of the auctions.

On oil and gas blocks, Lutendola said Congo must strike a balance between its need to support its people and its economy and its commitment to protecting the environment.

“We are bound by that commitment,” he said.