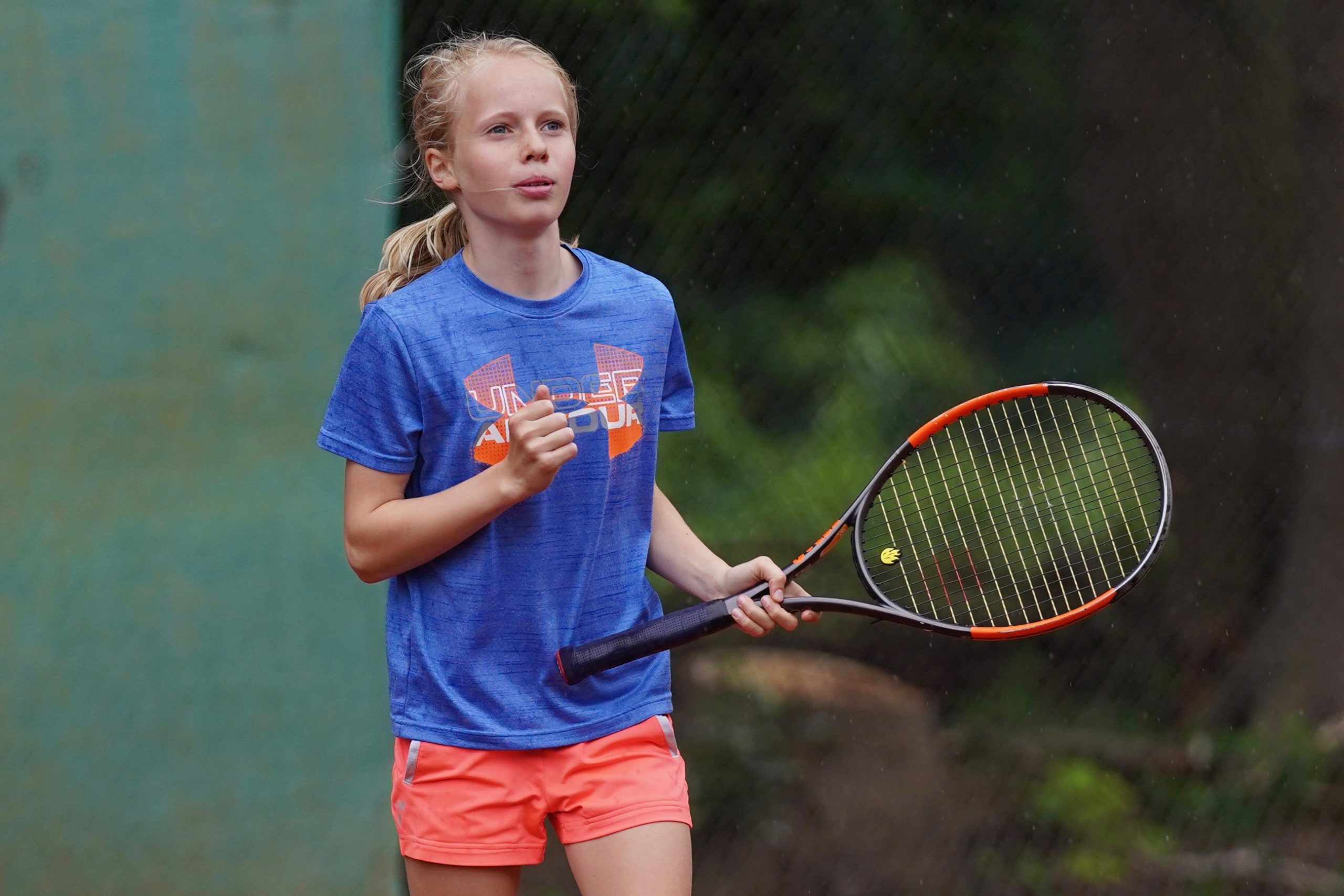 Do you play a lot of tennis every day? Not if you ask Tessy Antonis (12 years old) from Amsterdam. He is on the court six times a week to play. Tessie is so good now. He has been ranked seventh in the Netherlands since his birth year 2008, and he is tenth in the age group of twelve. Does Tessie love tennis? “I really enjoy playing tennis.” She laughs. ‘I don’t know why. Maybe it’s because I do it often and train with the kids I love the most. Anyway, I like games with a ball. I like tennis more than hockey. I did that too. You can often play tennis. In hockey you train only twice a week and only once. ‘

Love it a little bit … I saw you playing a very long exciting game, what struck me was that you were so relaxed on the track. You really enjoyed it! ‘Yes, I like exciting matches, I love them so much. That’s also good if you win really big, because you can try things well along the way, but I like an opponent, it’s so strong, it’s so exciting. In fact, I think it’s so exciting and fun! ‘

So you really like playing in tournaments. Do you know children who do not like? “No, I don’t really know them.”

Tell us what are your best successes? Which match do you remember best? ‘When I played in the final of the District Youth Championship. At first I was far behind, but eventually won the third set at a super tiebreak with 13-11. Then I was allowed to go to another important game. I was very happy about that. ‘

Wow! So it’s a fight! When you think about the future, do you have a dream? ‘Yes, very good. I like to play Grand Slam. ‘

Cool! These are the most important and tough competitions in the world: Wimbledon (England), US Open (USA), Roland Kross (France) and Australian Open (Australia). So do you really want to become a professional? ‘Yes! A lot of kids from my group love it, almost everyone. ‘

Want to have some favorite players for a tennis madman like you? ‘Yes, Kiki Bertens and Roger Federer. I think I especially like Kiki because she is Dutch and she is nice. Federer is so awesome and beautiful. He was never crazy at work! ‘

Beauty! Finally, if you had to cheer up other kids about tennis, what would you tell them? ‘It’s so much fun! Many children think that tennis is a sport you make on your own, which is why they do not like it. But that is not correct. Where I play tennis, for example, we play a lot of team games, and then you have a team spirit. If you play league, do it on a team. ‘

So don’t you think tennis is all about ‘loneliness’? ‘No no! ‘

So, tennis player! Tessie says: Tennis is a very fun game in which you do a lot with your tennis friends. I totally agree with her. What else did you think about our conversation? Have you ever felt the need to become better? Or want to play more? I believe! Nice blog about Grand Slam next time.

See also  Why do some birds follow the song of other birds?