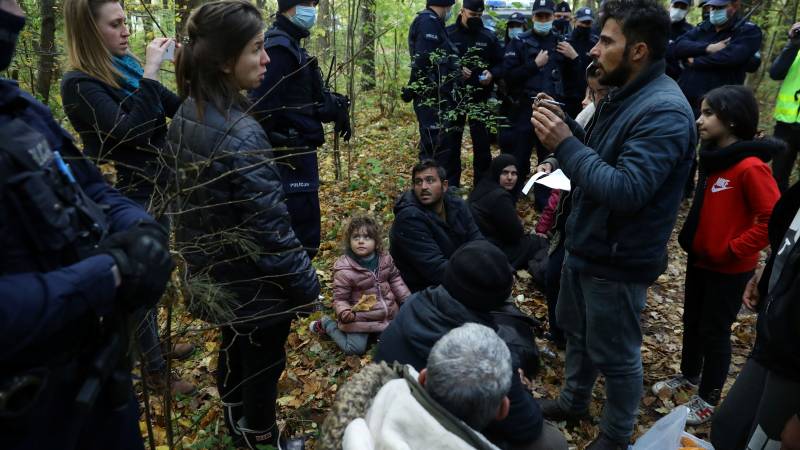 The number of migrants trying to reach the European Union via Belarus has increased sharply in recent months. This new route appears to be gaining popularity among immigrants from the Middle East. Migrants who have already made the journey are showing the way to each other.

” Take a power bank, if possible, two or three and make sure you buy a SIM card with enough internet data. This is more important than food and water. As soon as you arrive in Minsk, you have to get this right away. “This is the urgent advice of Murad who is reporting to his YouTube followers about illegal travel to Northwest Europe, via Belarus.

Travel tips for Mourad and other bloggers are widely shared and followed. Thousands of migrants have discovered this new migration route in recent months. NOS followed Mourad and other migrants who mapped and recorded their journey to the European Union via social media.

Take, for example, Mustafa, a vlogger trying to travel to the European Union from Iraq. He filmed his entire trip to Europe. Right after his arrival in Minsk, we see how he is shopping for the trip to the European Union. He expects to spend a few days in the woods. That’s why he buys a sleeping bag, rain gear, and camping gear. He also gets a latch cutter, which he thinks he’ll need for the barbed wire on the Polish border.

Watch his journey in the video below: