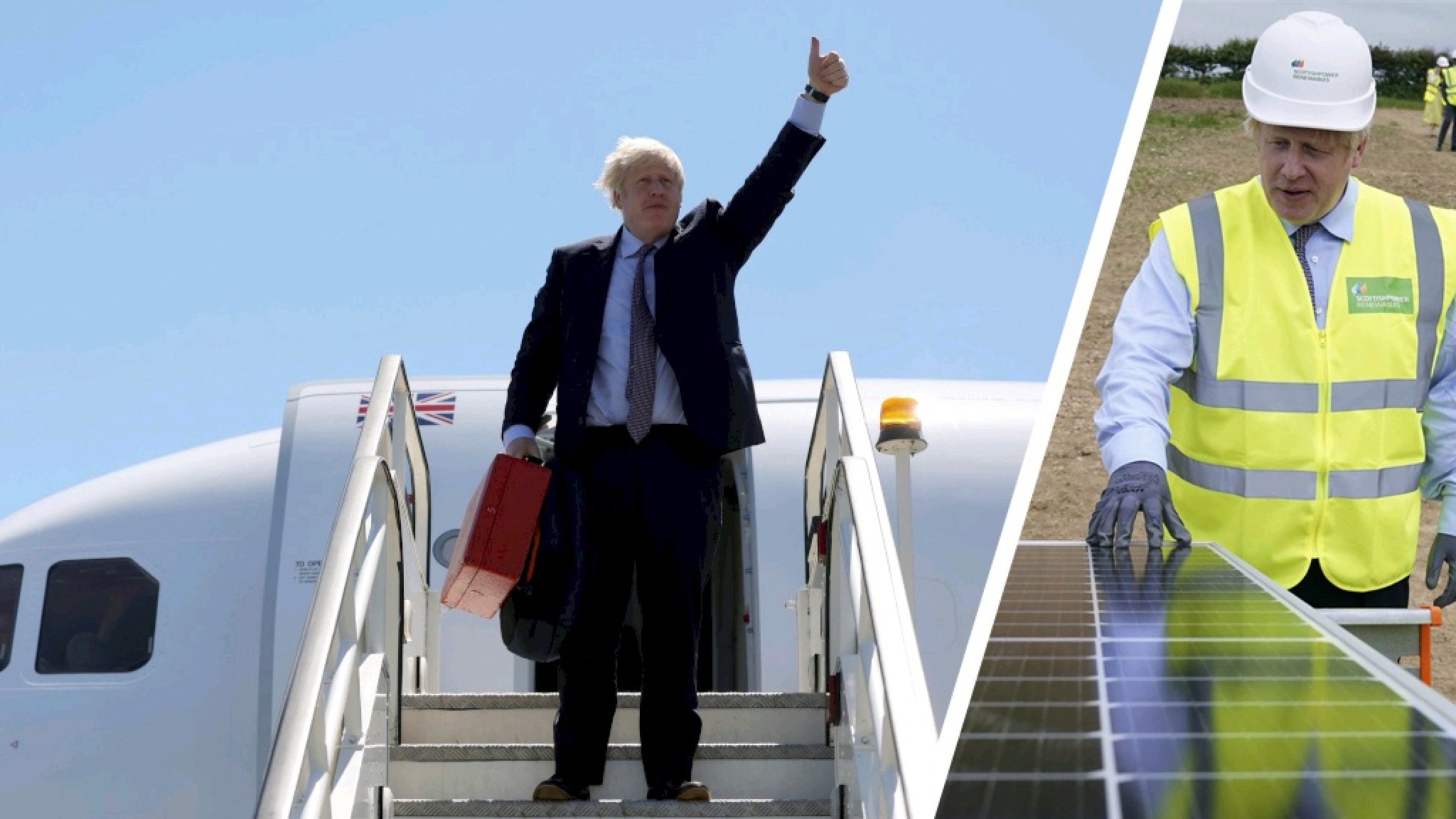 He gets out of the plane with his thumb up. The trip is less than an hour and a half. Johnson himself posted the photo on Twitter. He wrote that G7 leaders face the challenge of returning “fairer and greener” after the pandemic.

Feedback is not nice. The Extinction Rebellion Climate Club answers: “You’re not making this up.” “You take the plane and now expect us to take your climate approach seriously?”

Others call it a disgrace and wonder why Johnson doesn’t go by car. Or by train, because that’s faster. The distance from London to Cornwall, in the southwest of England, is about 450 kilometres, the same as a return ticket Amsterdam-Maastricht or a flight from Amsterdam to Frankfurt.

After his trip, the Prime Minister visited a windmill and a solar park.

This isn’t the first time Johnson has come under fire, as he often takes short flights. Last month, he went by helicopter to a town just outside Birmingham to promote a sustainable cycling scheme. The helicopter took 50 minutes, and the train journey took just under two hours. Even at the time, the criticism was that he set the wrong example and asked whether he was taking the climate problem seriously.

Johnson will meet the leaders of Canada, Germany, France, Italy, Japan and the European Union in Cornwall tomorrow. The climate crisis is high on the agenda. The British Prime Minister is already speaking with US President Joe Biden today.