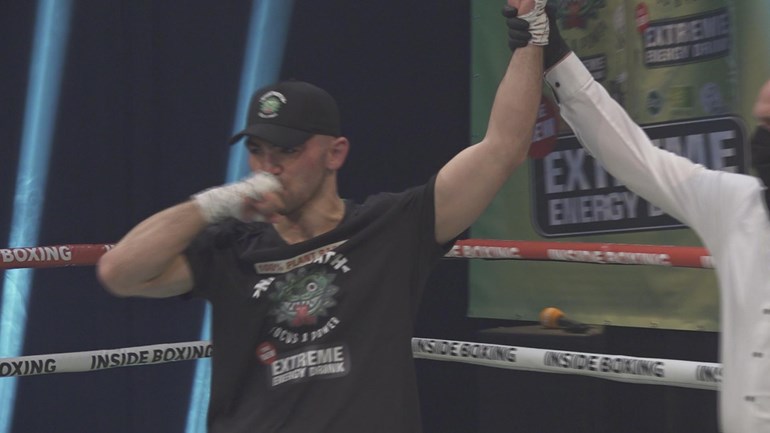 Rotterdamer Kasparian (25) would have preferred to continue for a while, he says afterward. “I really wanted to put on several more rounds, but my eyes were opened with a blow to the head, so I thought: Now I’m dropping it. When I dropped it the first time I still shouted: Get up, get up! It took a very short time. I trained hard, and I suffered. Hard. Then you can finally and then it ends very quickly. You want to have more of it, experience above all. I hope from now on I can work a little more hours in the ring. “

Kasbarian did not have any specific expectations about his successful professional debut on Friday. “But I knew that good amateur boxers often do a good job in professional boxing, especially at the start of their careers. So I got into that ring with confidence. Then it was about thinking, discovering. You’re actually getting into a new sport.”

The text continues below the interview with Artjom Kasparian.

Besides Kasparian, a number of Dutch boxers participated in Hall No. 4 on Friday evening, for example, the Dutch amateur team TeamNL lost 4-1 to Belgium. After defeats at the hands of Mounir Safi, Delano James, Grades Krause and Rick de Nueger, only Gino da Fonseca managed to defeat his Belgian opponent.

See also  Czech Republic and Holland, but then at home on the couch: "Jeez, you're so bad"

In a professional match later in the evening, Limburger Xavier Cullen was too strong for Octavian Gratti on points. Willie Kyakuni finished the evening with a knockout in the first round over Bosnian Harris Gridl.