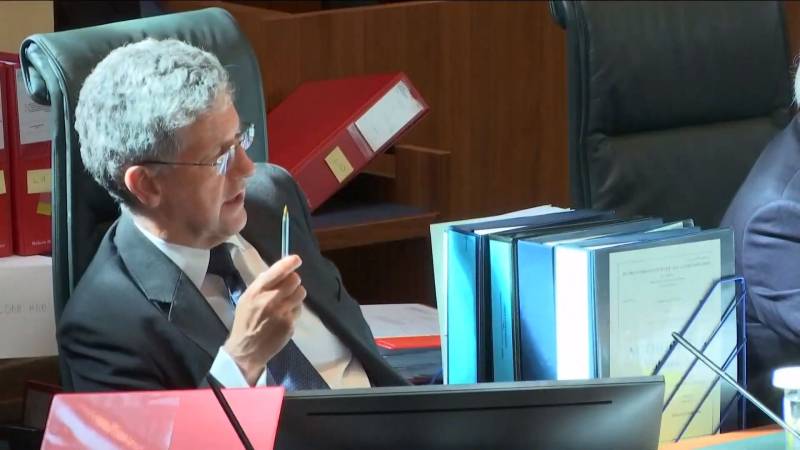 Two British judges give up their seat in the Supreme Court there in protest of the heightened security law in Hong Kong. They say they do not want to use their presence to legitimize undemocratic actions.

The capital’s highest court has 14 members: four from Hong Kong itself, the rest from other parts of the Commonwealth. This setup was agreed upon when the former British crown colony was returned to China in 1997. This was to ensure the continued rule of law under Chinese rule.

Chief Justice Robert Reed and his second husband, Patrick Hodge, believe the heightened security law introduced after the 2020 protests undermines safeguards. Critics say Beijing has used the law to fend off dissent in Hong Kong: many opponents have been jailed or escaped, civil rights groups have closed and the press has been curbed.

“I do not want to give the impression that I support a government that undermines political freedoms and freedom of expression,” Reid said in a statement. He and Hodge resigned with immediate effect yesterday.

British Foreign Secretary supports the judges. “Freedom and democracy have been systematically dismantled in Hong Kong. Since this law was passed, the authorities have restricted freedom of expression, freedom of the press, and the right to assembly.”

“We have reached the point of no return. If the British judges remain in power now, we are legitimizing the repression.”

Four other overseas Supreme Court justices, from Canada and Australia, remain in office. One says that Hong Kong’s judiciary remains independent and “perhaps the last bastion of democracy” in Hong Kong. The court’s other judges, all British, have yet to comment on the departure of their colleagues.