British minister apologizes after revealing his relationship with his assistant 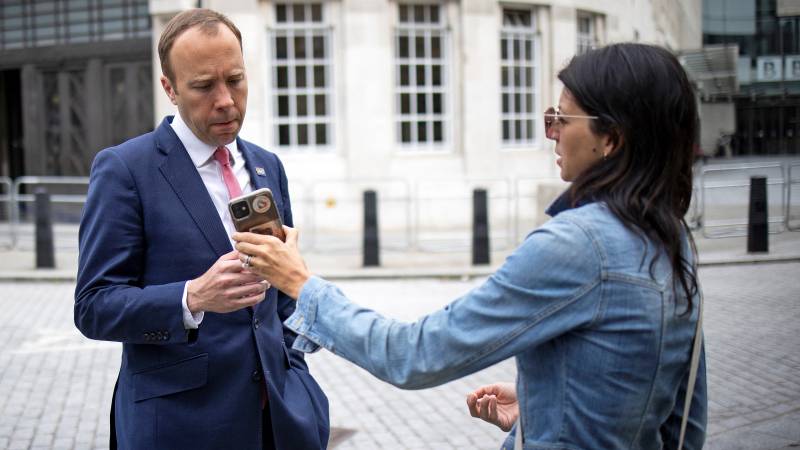 Hancock said in a statement that he violated social distancing rules in this case and apologized “because I disappointed people.” He also asks about privacy for his family and says he wants to continue working to get the country out of the pandemic.

Coladangelo has not yet responded to the disclosure of the case. The two had known each other since the beginning of this century, when they both studied at Oxford.

The opposition Labor Party wants to know from Johnson’s government if Coladangelo’s appointment was made according to the book. Hancock did not elaborate on this in his statement. A spokesman for his department said all procedures were followed upon her appointment.

Coladangelo has been employed by Public Health since September as the so-called non-executive director. Consulting job includes According to the BBC About fifteen to twenty working days a year, for which she charges 15,000 pounds (17,500 euros).

See also  The Minister must make a new decision about raising French Bulldogs: Are they going to get their muzzle back? | The interior