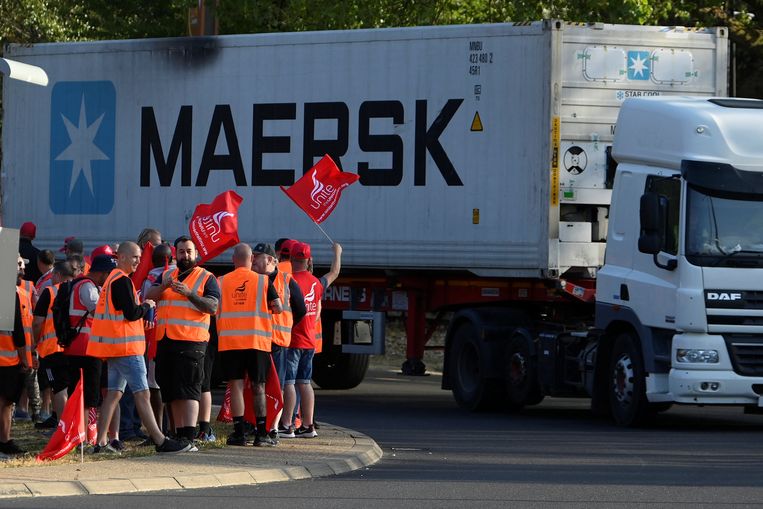 The strike in Felixstow is directly related to high inflation, which also dominates the UK economy. Employers are offering a 7 percent increase, but dockers consider that insufficient. According to Unite, inflation is currently 11.8%, which will affect dockers by 4.7%.

British dockers last went on strike in 1989. In the 33 years since, employers and employees have always come to a conclusion in negotiations, but this time the differences are very large, according to Unite. Employers also offer an additional one-time payment of 500 pounds (590 euros), so that the wage increase is actually slightly higher, but according to the union, this is still very little.

The strike began on Sunday. No container will enter or leave the UK via Felixstowe for eight days. This means that nearly half of container traffic to the island is halted. This is expected to disrupt the flow of goods, although it is not yet clear how severe the disruption will be. Other ports may take over some of the affected shipping services.

The strikers began their activity on Sunday morning. According to the Unite Guild, “very few people went to work.” Unite has 1,900 members in Felixstowe, which employs a total of 2,550 people. Because 90 percent of union members opted to strike, the port remained silent on Sunday. The strike follows similar strikes in rail and bus services.

British port authorities say the consequences of the strike will not be too bad. Felixstowe is not a so-called “just in time” port where containers with required products arrive immediately for production processes in which the supply of parts is closely coordinated. Their spokesman said that a week’s delay is not a bad thing. Container giant Maersk, on the other hand, expects “significant disruption” to the flow of goods. Consumer organizations anticipate imminent shortages, empty shelves in stores, and further increases in already high prices.

The ships are expected to divert to other ports, likely including Rotterdam. The FNV union has already announced that its members will not offload ships bound for Felixstowe in solidarity.

The port strike comes on top of the many problems the British economy has found itself in since Brexit on January 31, 2020. The country is grappling with chaos in the transport sector, soaring import prices and, above all, soaring energy prices. According to the Governor of the British Bank, high inflation will only be fueled by huge wage demands, which are specifically aimed at adjusting wages for inflation.