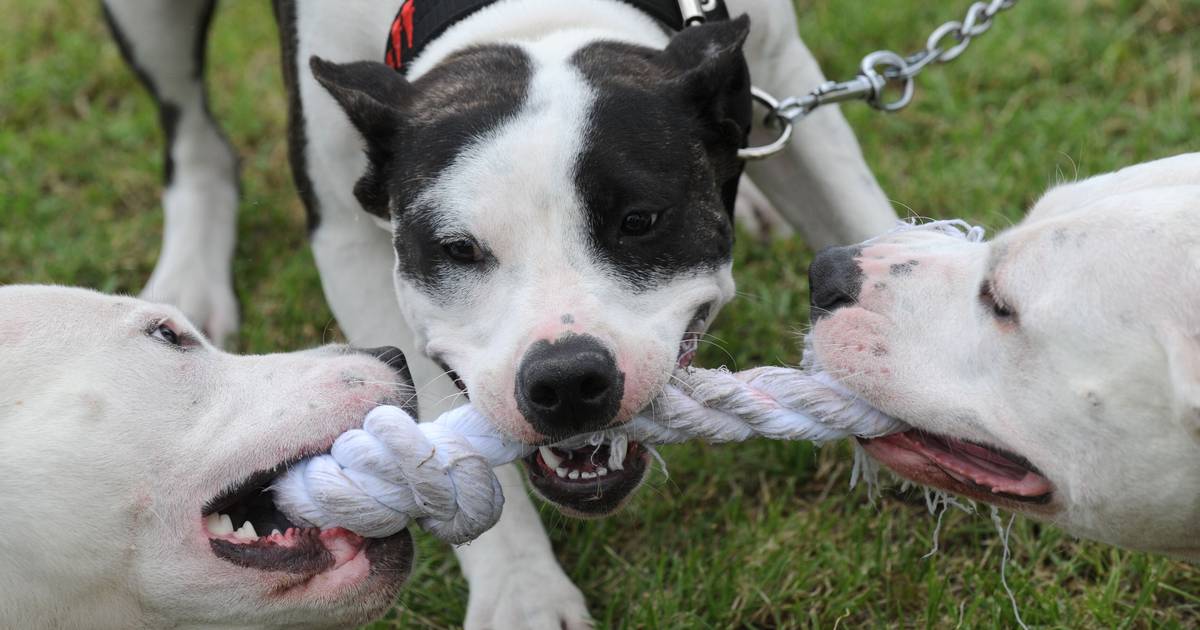 The crash happened Friday afternoon in Rowley Regis in the West Midlands. The dogs ended up through the hole in the fence in the backyard of old Lucille Downer and attacked her for a long time. Although her neighbors came to rescue her, she suffered severe bite wounds and eventually died from her injuries.

A 43-year-old man has been arrested, but was later released on bail. He is accused of failing to control a dog in a dangerous situation. This will be the victim’s next door neighbor.

The animals were taken to a shelter and the dog breed is being investigated. According to the British media, dogs are like pit bulls.

Downer’s family declares that she will be greatly missed. “Lucy is a mother, grandmother and great-grandmother. She spent most of her working years as a chef at the Bromford House Care Home in West Bromwich.” Rawley Regis has always been her home since she got there. ‘

A spokesman for West Midlands Police said: “Our thoughts are with the woman’s family and friends at this critical time.