Cage was aware of D66’s involvement in the VPRO documentary, and transferred €200 to charity | Policy 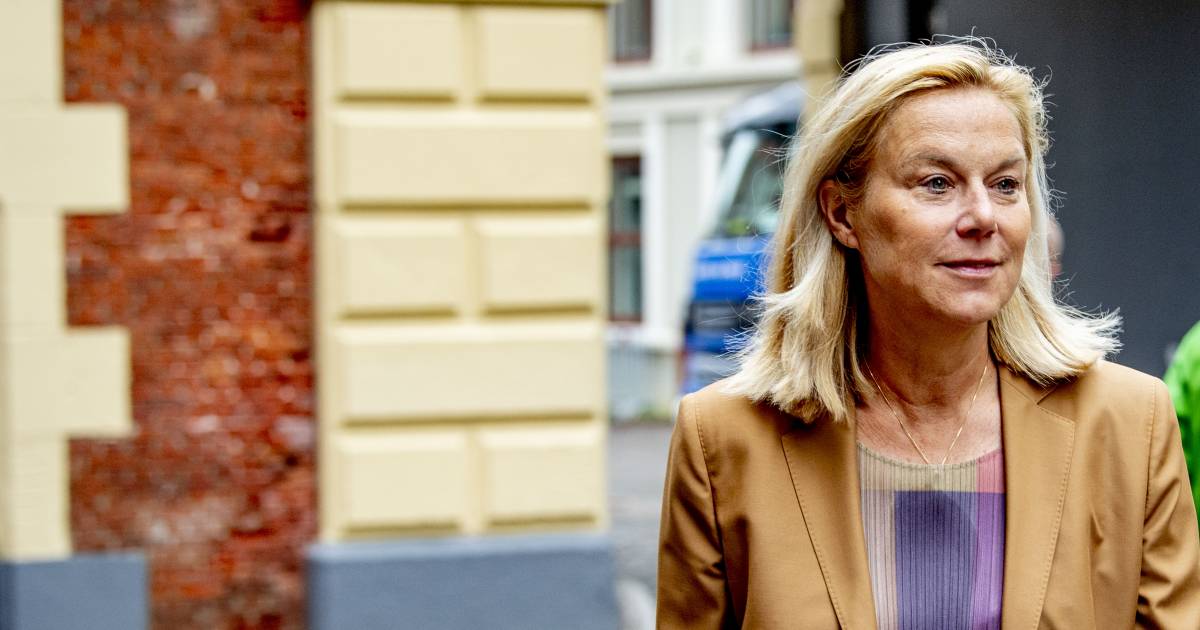 The documentary on Sigrid Kaag wasn’t a great rating anyway. On Sunday, January 3, 306 thousand watched the first episode of Sigrid Kag: From Beirut to Binnenhof. By comparison: Four times the number of people who watched her performance in Linda’s winter month a month ago. But no one is talking about this show on SBS6 yet, while the documentary continues to haunt Kag.

The emails that surfaced give new oxygen to the discussion: Was this a journalistic product or a well-timed piece of political propaganda, two months before the election? The intervention of the State Department and the D66 campaign team gives the impression that politicians should not be portrayed in a negative light. And that VPRO went with it.

For example, party staff had difficulty picking up filled champagne glasses during a business trip to Niger as a minister. They also weren’t satisfied with the photos in which Kaag complains about MPs. The email shows that the content creators were willing to take on this.

They were also asked to remove all photos of Kaag not wearing a seat belt in the back seat. In the documentary, Cage is seen nonetheless without a seat belt. Kag was shocked when she saw her mistake again. “This is just a bad example.” As penance, I transferred 200 euros to Safe Traffic Netherlands the day after the broadcast.

Kag had a hard time with this issue yesterday. At first, she told reporters that the request to edit the film “wasn’t my request,” noting that D66 employees were pressing her without her knowledge.

She came back to that later. She responded “literally a little” and meant that she herself had not contacted manufacturers about changes at the time. I’ve left that up to her spokespeople. But she emphasized that it was always on my behalf. I am fully responsible.

The riots around the Kaag documentary also affect Minister Ari Slopp (Media). He had previously reported to the House that the D66 had no interference or interference with the film. However, emails show that this was not true. Slope suggests it VPRO blurred his hem I asked the announcer for clarification.

VPro . Editor-in-Chief Stan Van Englen denies that it happened this way. According to him, OCW VPRO then asked if there was interference between the makers of the documentary and VPRO director Lennart van der Meulen, as he is a former campaign manager with the party. There was no interference, the answer was, because he is a “general” director and cannot interfere with the press due to his editorial status.

The NPO Ombudsman has now announced an investigation into the making of the documentary and the media authority is also planning to do so. The broader question is to what extent VPRO behaved in a purely journalistic manner. According to VPRO, the mods “did not in any way harm the content of the movie as envisioned by the film maker.

Meanwhile, Kaag insists there was only a “working date”. This means, among other things, that the film will be shown “in the end” before it is shown on television. “Documentary filmmakers made their own independent visions.”

In retrospect, Kaag says she basically regrets that she said “yes” to the project. I tested the fact that the camera followed it for three years as a radical. Or, as she puts it: “intrusive.” “I was very happy that the documentary was over,” Kag said. “I’ve always regretted it.”